Roald Dahl’s Matilda may have turned 30 this year, but its plucky 5-year-old protagonist is forever young – and she is inspiring new generations through Matilda the Musical, which opens in South Africa this month. The show has been seen by 8 million people in 66 cities to date, with audience members who have included the likes of the Duke and Duchess of Cambridge and Canadian Prime Minister Justin Trudeau.

So how exactly is one little girl causing such a stir?

First, a quick recap for any poor souls who haven’t yet been introduced to this nostalgic children’s tale. Matilda Wormwood is a precocious little girl, born to parents who – among numerous other character flaws – believe watching television to be more beneficial for a child than reading (enough said). Bullied and downtrodden, yet exceptionally bright and determined, Matilda discovers one day that she has telekinetic powers. She decides to use her gift to lead her classmates (and her favourite teacher, Miss Honey) in a revolt against the tyranny of Headmistress Trunchbull who, like all Roald Dahl baddies, is exactly as awful as her name would lead you to believe.

If the musical wasn’t already enjoying its eighth year on stage, you might say its success is due to its very timely subject matter. Here we have a young heroine, becoming aware of the injustices around her, and standing up to those in power in an effort to put things right. In a moment of reinvigorated feminism, with women and girls around the world championing the rights of the marginalised, Matilda the Musical could be considered a vignette of this zeitgeist. ‘Matilda works with astonishing slyness and grace to inculcate us with its radical point of view,’ says Ben Brantley, a theatre critic at The New York Times. ‘[It] is about words and language, books and stories, and their incalculable worth as weapons of defence, attack and survival. Above all, it is an exhilarating tale of empowerment.’

Perhaps Matilda herself says it best in ‘Naughty’, one of the show’s most loved numbers: ‘Just because you find that life’s not fair it / Doesn’t mean that you just have to grin and bear it / If you always take it on the chin and wear it / Nothing will change. Even if you’re little you can do a lot, you / Mustn’t let a little thing like “little” stop you / If you sit around and let them get on top, you / Might as well be saying you think that it’s okay / And that’s not right!’

The production is the work of English playwright Dennis Kelly, with an original score by Australian comedian, musician and composer Tim Minchin (you may know him from the viral YouTube video, ‘9 Life Lessons’). It was first staged in Stratford-upon-Avon in 2010 under the auspices of the Royal Shakespeare Company, and if anyone had voiced doubts about why an arts company of such calibre was trifling with a mere children’s musical, they were quickly silenced. Matilda raked in glowing reviews and, barely a year later, opened to great commercial and critical success in London’s West End.

At the 2012 Olivier Awards (something like the Oscars of English theatre), the production secured its place in history by scooping a record-breaking seven awards. Fast-forward to April 2013, and Matilda the Musical opened on Broadway in New York to similar fanfare, accepting four Tony Awards and a special Tony Honour for Excellence in Theatre. Also in 2013, Time magazine called it the ‘#1 Show of the Year’. Tours of the US, Australia, New Zealand, Canada, the UK and Ireland followed, and now Matilda is finally coming to South African shores…

Mike Page, GM of Montecasino, says, ‘This wonderful book has delighted and entertained children of all ages throughout the decades and now continues to do so through Matilda the Musical, which we are proud to host at Montecasino’s Teatro. I have no doubt this one, too, will deliver an incomparable experience to every audience – and we look forward to enjoying it with them.’ 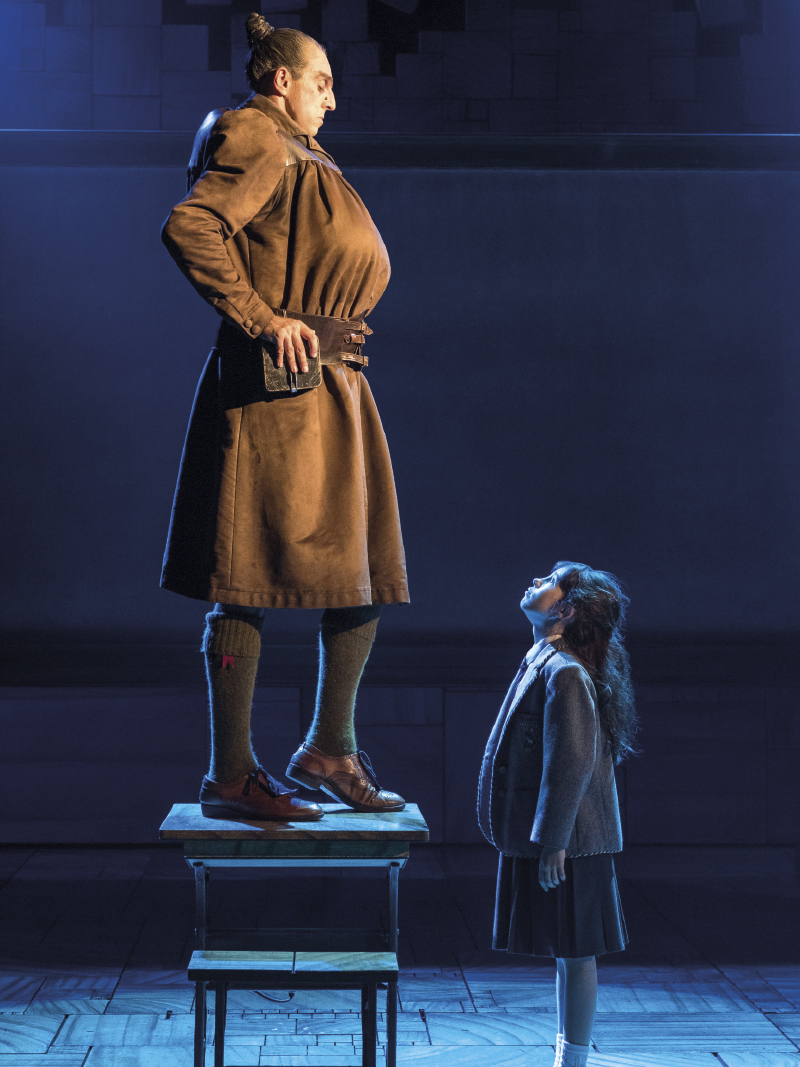 • 85 The number of girls who have played Matilda so far. The three talented little actresses who scooped the coveted role of Matilda for the South African production are Lilla Fleischmann, Kitty Harris and Morgan Santo.

• 66 The number of cities to which the production has toured so far.

• 6 000 The number of live performances of Matilda to date between the West End, Broadway and its various tours.

• 1 The number of non-English productions of the show to date. This premiered at the LG Arts Centre in Seoul in September 2018.

• 85 The number of international awards Matilda the Musical has scooped (including 16 for Best Musical).

• 2 555 The number of #matildapose posts on Instagram. Don’t forget to strike your own before the show and upload it!