The All Blacks will travel to the 2019 World Cup as favourites. New Zealand have been ranked number one in the world since 2010, and the smart money is on the Kiwis claiming a third successive global title in Japan next year. Some have even spoken about the current team as the best the sport has ever seen.

At this stage, Ireland, England and Australia appear to be the other major contenders for the World Cup crown. The Springboks will add themselves to that list if they impress on the four-Test tour of Europe this November. Rassie Erasmus’ side will have another chance to prove their worth in the challenging away matches against England, France, Scotland and Wales.

Should we bother with World Cup predictions based on the results achieved in the year before a global tournament? History suggests not. The Boks endured one of their worst seasons when they lost seven out of 12 Tests in 2006. One year later, however, they won the World Cup in France.

Then again, one has to remember that the Bok side, coached by Jake White, had good reason to keep the faith after a terrible 2006 season. White’s charges won the Tri-Nations in 2004, and were competitive against the better Test teams over a four-year period. The same cannot be said for the present Bok side. 2016 and 2017 saw several record defeats at home and abroad, and new coach Erasmus was appointed in early 2018 with the aim of setting the team back on track.

Pieter-Steph du Toit, one of the senior players, summed up the situation well when he was asked about the 2019 World Cup earlier this year. Du Toit acknowledged the effort of White’s Boks to bounce back and win the 2007 World Cup after a shocking 2006 season. No parallels should be drawn, however, between that great team and the current one, due to the latter’s consistent failings in 2016 and 2017.

The Boks, said Du Toit, will have to make a statement in 2018 and take some momentum and confidence into the all-important 2019 season. They can’t fail three seasons in succession and then expect to beat all comers, including the mighty All Blacks, at the World Cup in Japan.

Winning all four Tests in Europe this November may be easier said than done, though. The Boks haven’t beaten England at Twickenham since 2014, and they haven’t downed Wales in Cardiff since 2013. Results will be important, but Erasmus will also need to keep transformation requirements in mind. 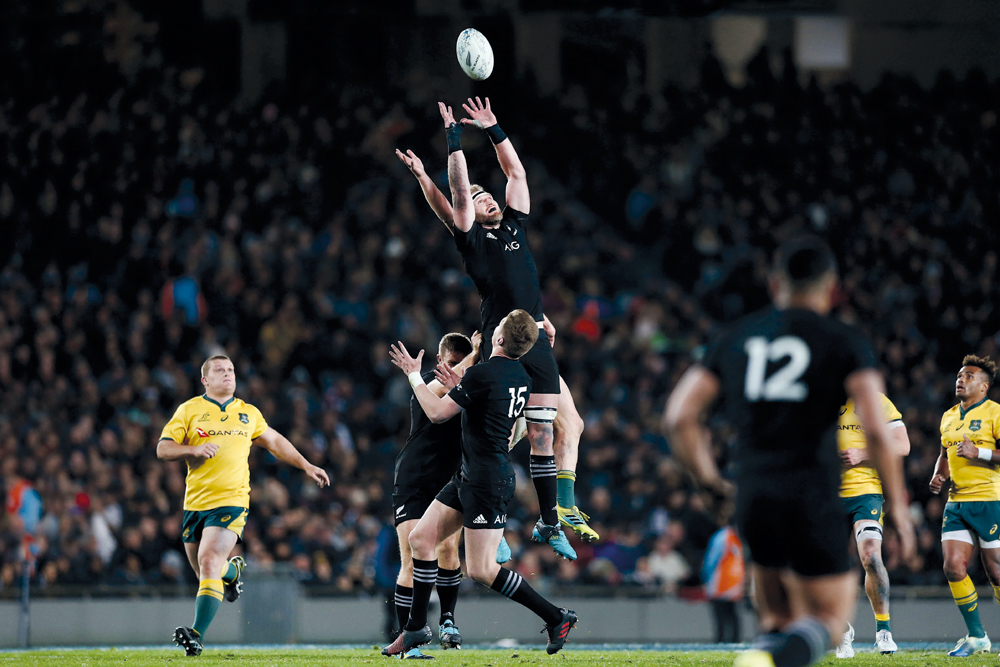 The Boks beat England 2-1 in the series played in South Africa this past June. Following the third Test, England coach Eddie Jones praised the Boks for their return to a more physical and effective game plan. Jones went as far as to say that Erasmus’ side has what it takes to win the 2019 World Cup.

But they may find England a tougher prospect in London this November. The Boks lost 37-21 at Twickenham in 2016, a result that brought an end to South Africa’s 10-year undefeated run against England. Jones’ side is not as strong as it was two years ago, but it will have the benefit of playing at home.

The timing of the fixture may be significant. While a few of the South African players may be starting to tire after a long year competing in Super Rugby, the June Tests, and the Rugby Championship, the English players should be relatively fresh, as their club season only commences in September. No doubt England will go all out to prove a point after their disappointing showings in the Six Nations and in the series played in South Africa.

There’s bound to be talk about the Boks’ ability to adapt to northern hemisphere conditions after what transpired in Europe last year. Ireland claimed a record-breaking 38-3 win over the Boks in what were wet and windy conditions at the Aviva Stadium. A week later, the Boks overcame the inclement weather to score a narrow win over France in Paris, although many critics felt that the visitors could have won more comfortably if not for their wayward goal-kicking.

The Boks beat France four times in 2017. Les Bleus have improved a great deal since coach Jacques Brunel was appointed, though. They proved difficult to beat at home throughout the 2018 Six Nations. The Boks should brace themselves for a fierce contest in front of a passionate crowd at the Stade de France this November.

There was a time when an away game against Scotland was viewed as an opportunity to experiment with new players and combinations. That changed when the Boks went down at Murrayfield in 2010. Surprisingly, that result marked their only loss on tour and cost them a rare Grand Slam of victories against the home unions.

Scotland have improved much since they last met the Boks at the 2015 World Cup. They beat Australia home and away last season, and downed England and France at Murrayfield in the 2018 Six Nations. Erasmus’ approach to this game will be interesting, especially if the Boks lose a match or two earlier in the tour.

It won’t get any easier for our team when they visit Cardiff for the final tour fixture. Wales have won four of their last five Tests against South Africa, a record that includes three consecutive wins in Cardiff and a one-off victory in Washington DC earlier this season.

How many first-choice players will be left standing by the time the Bok side travels to Wales? The answer to this question could shape the result of the game, as well as South Africa’s final tour tally.

Three or four wins on tour will ensure that the Boks end their 2018 season on a high. More importantly, a good return could provide the players with a much-needed boost ahead of the all-important 2019 season. 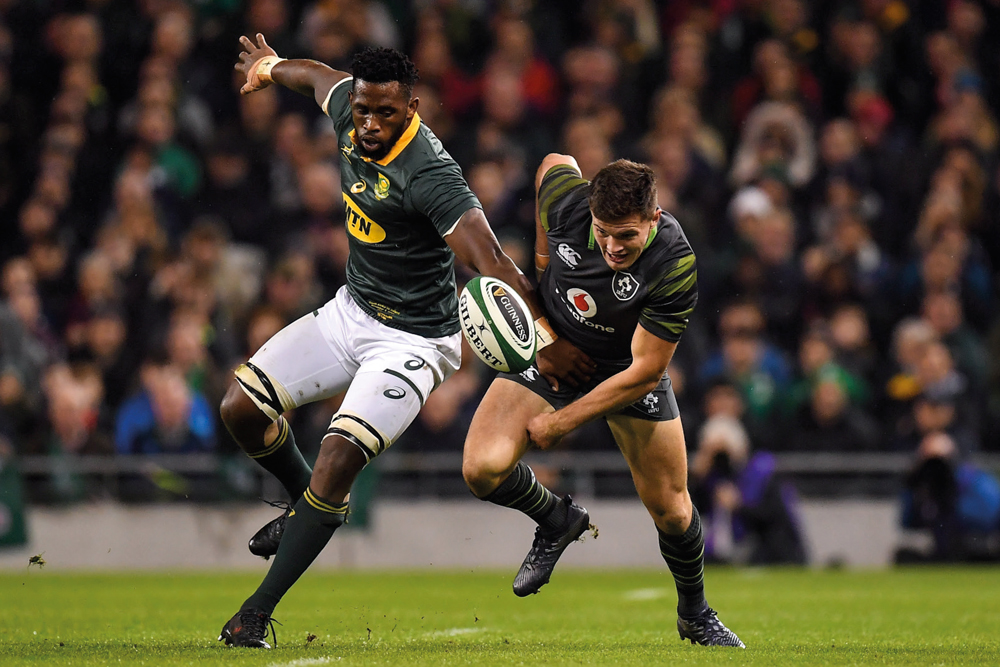 THE BOKS’ BIGGEST WINS IN EUROPE

The Boks came into this fixture on the back of narrow wins against Wales in Cardiff and Scotland in Edinburgh. They saved their best performance of the tour for last, though, scoring five tries in an emphatic victory over England in London. Ruan Pienaar, who was playing fly-half on that occasion, contributed 20 points to the cause.

Nick Mallett’s Bok side equalled the record for 17 consecutive Test victories between 1997 and 1998. One of the highlights of that fantastic run was the massive win against France in Paris. The Boks played some breathtaking rugby, with wing Pieter Rossouw scoring four of the visitors’ seven tries.

Shortly after smashing France in Paris, Mallett’s charges laid waste to Scotland in Edinburgh. Rassie Erasmus – who is the current Bok coach – scored the first of the visitors’ 10 tries. Full back Percy Montgomery finished the game with an individual tally of 26 points.

Jake White’s Boks travelled to Cardiff for a one-off Test against Wales a month after winning the World Cup in France. The world champions began their reign in superlative fashion, running five tries past the outclassed Dragons.