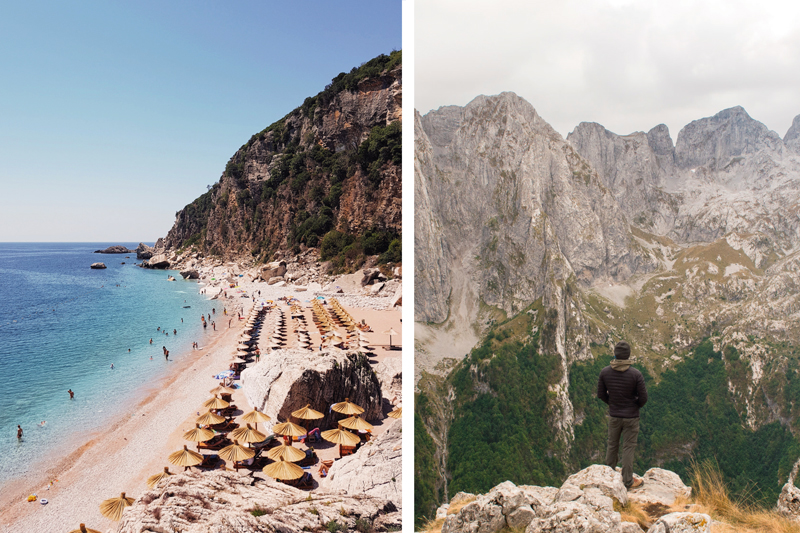 Montenegro is consistently ranked in lists of new trending destinations, and it’s not surprising why. The small Balkan country offers startling landscapes, a beautiful coastline, charming villages, and far fewer tourists than its popular neighbour, Croatia. While cruise-ship visitors often pull into Montenegro’s gorgeous bays for day trips, there’s far more to the country than its seaside towns. Hire a car and drive inland over mountains to discover a slower pace of life in the countryside, few other tourists, and wonderful opportunities to experience off-grid living. Sprawled out across the country, family farms have opened their doors to visitors, offering humble accommodation and meals prepared from produce that they’ve grown: Think home-made cheese, yoghurt and cream, freshly baked pies, pickles, and home-made wine and rakija (fruit brandy). It’s easy to explore the highlights of Montenegro on just one trip: Go to Lake Skadar for birdwatching, hike in the Prokletije mountains (also known as the Albanian Alps, Europe’s least explored mountain range), walk through Biogradska Forest – one of the last virgin forests left on the continent – and explore Durmitor National Park, a hiker’s paradise in summer and a ski resort in the winter months. 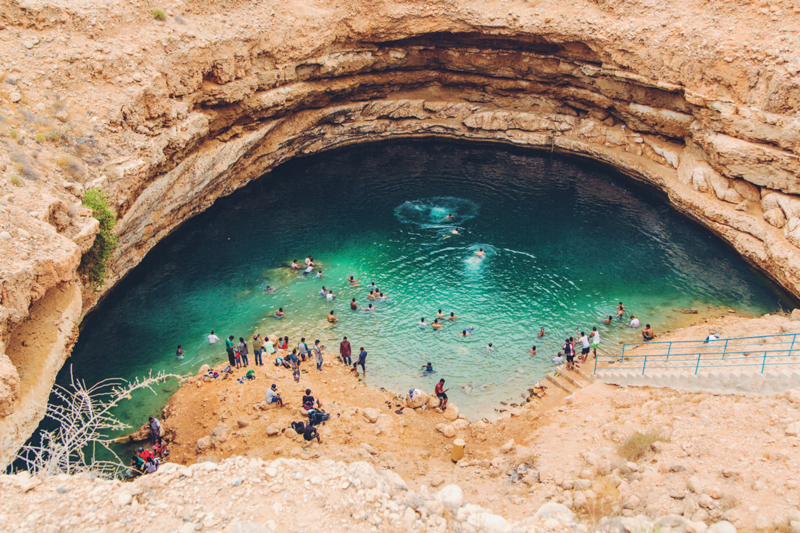 Now is the time to book a trip to the Sultanate of Oman, a peaceful and stable country on the Arabian Peninsula. Tourist numbers continue to rise and, with the aid of new hassle-free online visa applications, the government aims to double international visitor numbers to five million this year. Yet there’s still an undiscovered feeling to this desert nation, which offers adventures by the bucketload. Take your pick of activities, from snorkelling with turtles and diving with whale sharks at the Daymaniyat Islands (a short boat ride from the capital of Muscat), swimming in the cool waters of desert oases such as Wadi Shab and the strangely beautiful Bimmah Sinkhole, sailing on a traditional dhow to spot dolphins in the Musandam Peninsula, 4×4-ing and camel riding over the massive rolling dunes of Sharqiya Sands (where you can camp in a traditional goat-hair Bedouin tent), and hiking in the rugged mountains of Western Hajar. Jebel Shams is where you’ll find the highest point in the country, as well as what’s known as the Grand Canyon of Arabia, a dramatically deep ravine that makes for spectacular hikes. 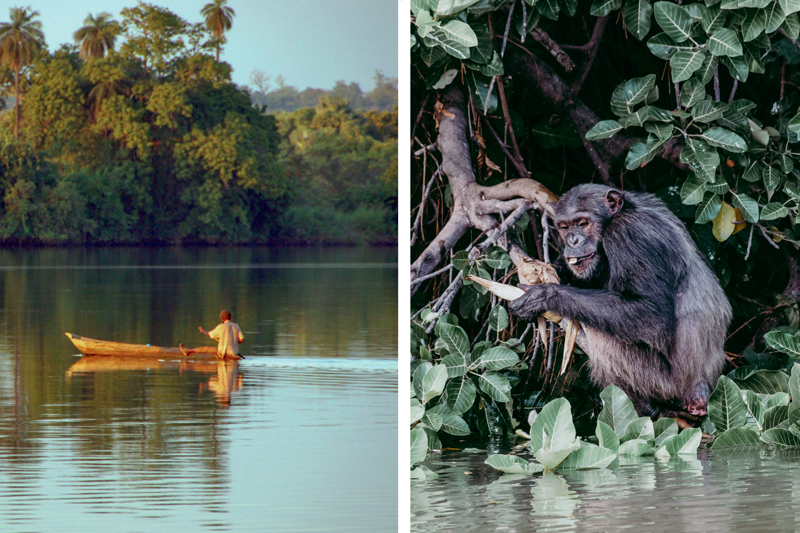 Boasting phenomenal biodiversity in its forests, wetlands and estuaries, The Gambia is one of Africa’s top up-and-coming wildlife destinations. A new bridge across the 1 126 km Gambia River, as well as a newly launched boat cruise, several new hotels and increased numbers of direct flights from Europe and the UK attest to the rise of continental Africa’s smallest country. The Gambia has long been on birdwatchers’ wish lists (with more than 550 species of birds, it’s easy to see why), but now wildlife travellers are booking trips to experience the country’s plethora of animal species in a variety of habitats. The best way to explore The Gambia is on a cruise down its namesake river, which is home to dolphins, manatees, hippos and crocodiles in its waters, and six primate species in the forests on its shores and islands. Day trips during a cruise include excursions on canoes to explore the bird and animal life of wetlands and mangroves, a visit to an island chimpanzee sanctuary, and on-land safaris in forest reserves. 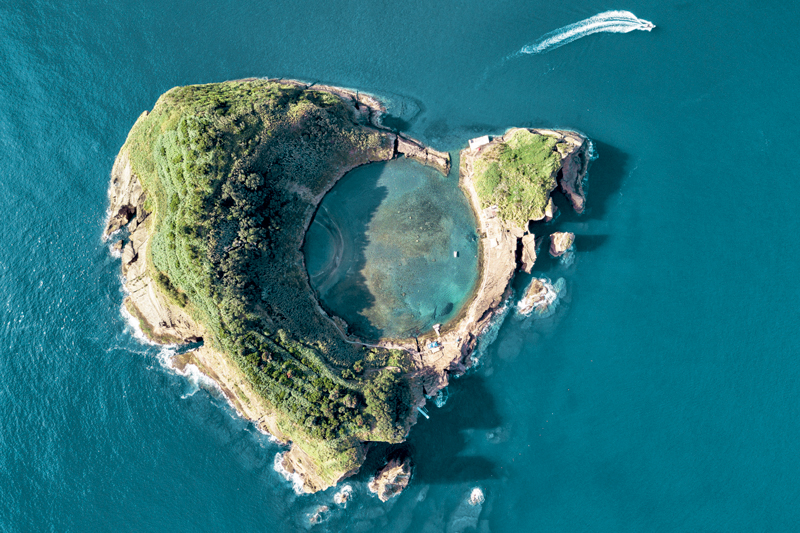 Less than a three-hour flight from Lisbon and a little under 1 500 km away from the Portuguese mainland, the subtropical Azores Islands couldn’t feel further away from continental Europe. Nine volcanic islands rise out of the Atlantic Ocean, containing a wealth of natural treasures – bubbling hot springs, mysterious caverns, glittering crater lakes, dramatic volcanic black cliffs and rich biodiversity. Known as the Hawaii of Europe, the Azores are home to two of Portugal’s Unesco World Heritage sites, and three of the islands are Unesco-designated Biosphere Reserves. There’s also an extensive network of natural parks and reserves, including 60 protected marine areas that conserve dozens of species of dolphins, whales and porpoises. However, the archipelago is not your typical tropical-island destination: Instead of lazing on a lounger, visitors pack in a multitude of activities, from whale watching, surfing and diving, to sailing, birdwatching, hiking, canyoning and mountain biking. The word is out about these Portuguese treasures: In the past year, airlines have added more direct routes to the islands from the US and Europe, and there’s also an increased demand for flights between the islands. There’s a crop of new restaurants, hotels, eco-resorts and spas, while sustainable tourism initiatives are drawing a rising number of eco-conscious travellers. 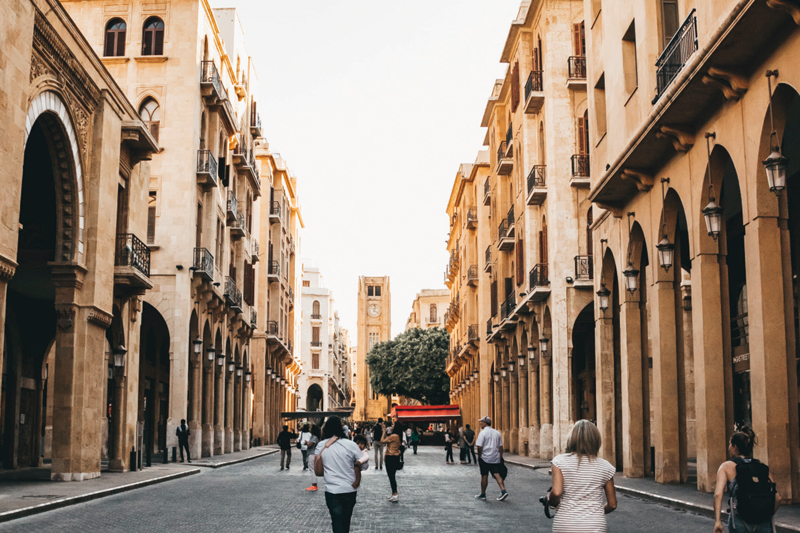 Thirty years have passed since the end of Lebanon’s long civil war, and while the country still faces a multitude of political and economic problems, increasing numbers of tourists are choosing the tiny Mediterranean nation as a holiday destination. One big draw is cuisine: Lebanon boasts an incredibly rich food culture, which draws on Ottoman, Mediterranean, Armenian, Syrian and French influences, as well as some of the world’s best fresh produce. Beirut, Lebanon’s busy, chaotic, glamorous and vibrant capital, is where you’ll find the country’s top restaurants, and a foodie trip here will surpass any gastronomic expectations. Join a food walking tour, try a cooking class with a local family or simply guide yourself through the diverse neighbourhoods to try the gamut of Lebanese eats, from the simple and quick bites such as breakfast favourite manousheh (flatbread topped with herbs and cheese) to feasting your way through tables laden with bowls and plates of mezze. Don’t miss a visit to the Saturday farmer’s market, Souk El Tayeb, where you can buy fresh produce and artisanal products such as carob molasses and mountain honey, as well as try regional dishes. Be sure to book ahead for a table at Tawlet, where each day a large table groans with a buffet of traditional Lebanese dishes cooked by a rotating roster of female chefs from different villages all over the country. The delayed $1 billion Grand Egyptian Museum is scheduled to open this year near the Pyramids of Giza, unveiling its star attraction to the world: all 5 400 objects from Tutankhamun’s burial collection housed in an exact replica of the tomb, as well as 20 000 artefacts that have never been seen before, including more recent archeological discoveries. The long-awaited opening of the new museum is reason enough to visit Egypt in 2020, although tourism has already been picking up in the country after years of political instability. Bookings are up for the first time in eight years and, along with a recently opened new luxury hotel in Cairo, there are new high-end cruise ships and several refurbished luxury vessels launching trips on the Nile, making this land of ancient wonders a trending destination once again.