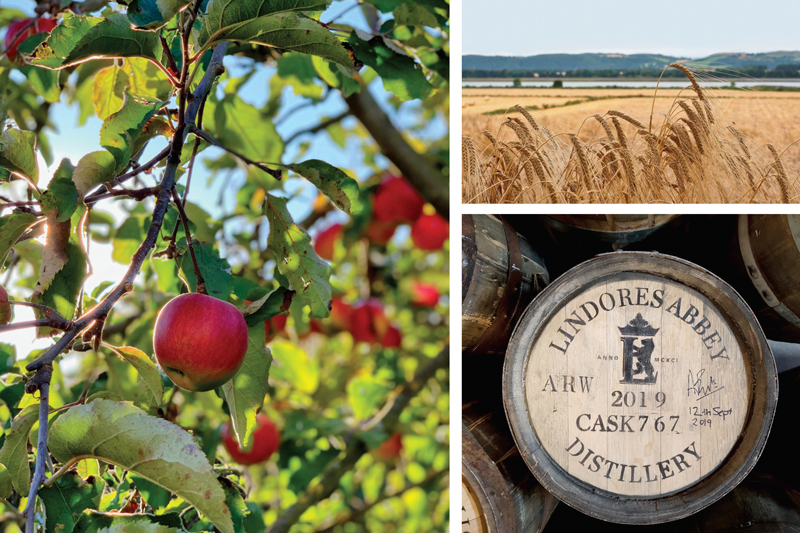 The rain is beating steadily against the windscreen as we head across the turbid waters of the Firth of Forth, and north into the ancient Kingdom of Fife.

Edinburgh, where I’ve spent the past few days, recedes into the rear-view mirror and beyond the window, the landscape couldn’t look more Scottish if it tried. Bales of golden barley lie dotted across recently harvested fields as the autumn rain streaks across the windows. ‘Ay well, at least one day this will all be whisky,’ says our guide Mac with a smile. Mac would, over the next few days, prove himself to be as good a raconteur and comedian as he was tour guide and driver. A chuckle ripples the length of the small bus where we 10 travellers across six nationalities are getting to know each other. It’s the first day of our whisky tour through Speyside and the Scottish Highlands, and we’re already chatting up a thirst.

I’m usually not one for group tours, preferring the flexibility and freedom of a hire car, but it’s worth signing up for a guided tour if you’re planning on taking full advantage of the famed uisge-beatha. The region of Speyside – one of the five whisky-producing areas of Scotland – is the spiritual home of Scotch whisky, and if you’re behind the wheel of a hire car, you’ll be left regretting the chance to sample the local drop.

Back to the future

Luckily, that’s Mac’s problem, as we pull into our first stop of the day at Lindores Abbey on the outskirts of Newburgh, a village famed for its pear- and apple orchards. The Abbey distillery reopened in 2017, some 820 years after it was first established by French monks who settled here on the banks of the River Tay, the longest river in Scotland. The monks set about turning nearby stone quarries into an impressive abbey, and though today little of that remains, the wonderful visitors’ centre neatly brings to life what life was like in the region in the Middle Ages.

More importantly, Lindores Abbey is arguably the oldest distillery in Scotland, with historic tax records showing monks fermenting and distilling malted barley into whisky as far back as 1494.

‘For the whisky lover, it is a pilgrimage,’ acclaimed whisky expert Michael Jackson once wrote of a visit to Lindores. Today, whisky fans on a pilgrimage of their own enjoy a guided tour through the newly built distillery of steel and glass, as well as a wander through the maturation cellars, where a selection of casks quietly age. Unfortunately, they’re not yet old enough to qualify as whisky – spirits must be aged in oak barrels for at least three years to be called Scotch whisky – but in the tasting room, we discover the wonderful young spirit of aqua vitae, spiced with local green herbs such as lemon verbena, Douglas fir and sweet cicely.

Then we head north along the A9, past the medieval capital of Perth and towards Pitlochry. As we continue up into the Cairngorms National Park, the clouds swirl above the hills of the Scottish Highlands that rear up ahead of us. Steep pastures dotted with sheep replace pastoral farmlands, and burns – that is, small rivers – surge with water flowing out of the heather-cloaked hillsides. In the sinuous valleys, the woodlands of larch and silver birch are wearing their finest autumn colours, and I enviously watch hikers tackling the trails up into the hills. 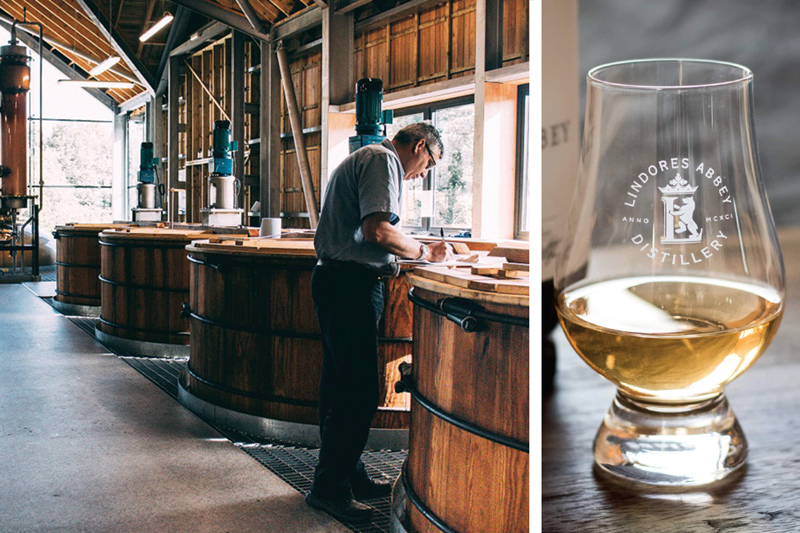 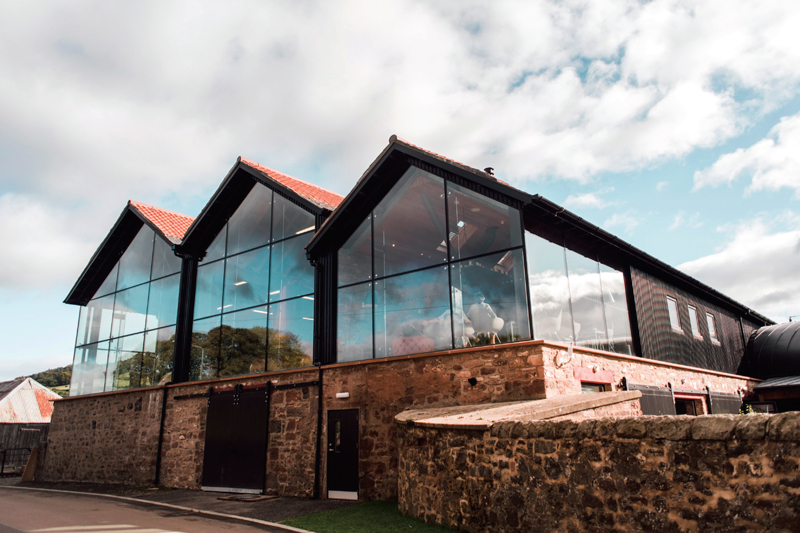 Aside from the whisky, I’m glad I’m not behind the wheel. Roads in the Scottish Highlands are narrow and winding, with the occasional tractor or herd of sheep appearing around blind corners to keep you on your toes. If you do plan on self-driving, perhaps taking turns as designated driver, remember to take it slow.

Our route through the Highlands eventually takes us over the summit of Cairnwell Pass near the town of Braemar. Clambering through the hills to 670 metres above sea level, it’s the highest public road in Great Britain, with the Glenshee Ski Centre at its summit. Yes, there’s plenty of snow here in winter. See those poles stuck into the soil along the side of the road? That’s to keep you from driving off the edge when the snow’s too deep to see the tarmac.

There’s a fair chance of that happening in winter at Dalwhinnie, the highest whisky distillery in all of Scotland. Stepping out of the bus for a few photos, the icy autumn wind drives us quickly indoors for a taste of their delicious single malts. Produced with little peat – the charcoal-like substance that, when burnt, gives whisky its smoky flavour – the malts of Dalwhinnie are a great example of a Highland malt, redolent with notes of vanilla, honey and heather.

We overnight in Grantown-on-Spey, a charming town on the banks of the River Spey. Famed for its trout and salmon fishing (the season runs from February to September each year), the Spey makes its way through arguably the most famous whisky region in Scotland. Speyside is home to more than 50 distilleries, including famous marques such as Cardhu, Strathisla, The Glenlivet and Benromach.

It’s at this last one where we begin the next morning, discovering another historic distillery that has been revived thanks to the global demand for single malt. While originally built in the 1890s, it was shuttered in 1983 before being reopened a decade later. It’s a wonderful space to understand the art of making whisky, with the entire operation done by hand: There are no gauges or computers here, just the skill of the distiller and one magical ingredient: time. It also produces one of the few organic whiskies in Scotland. 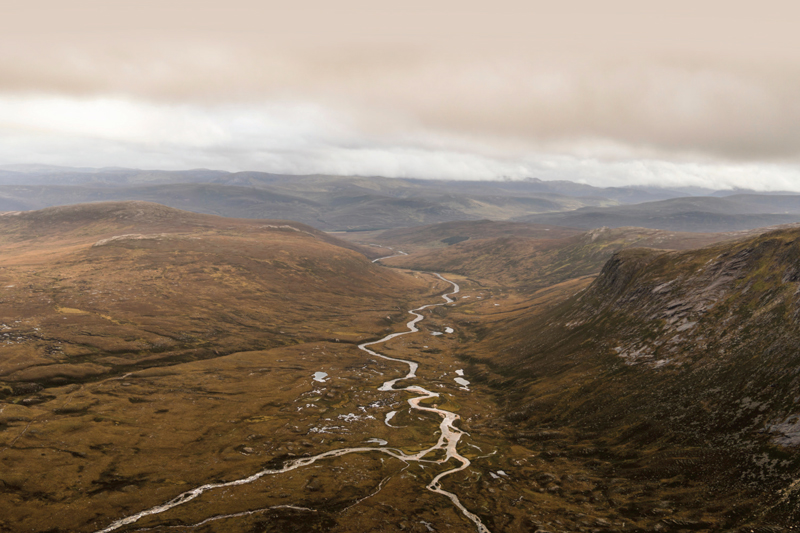 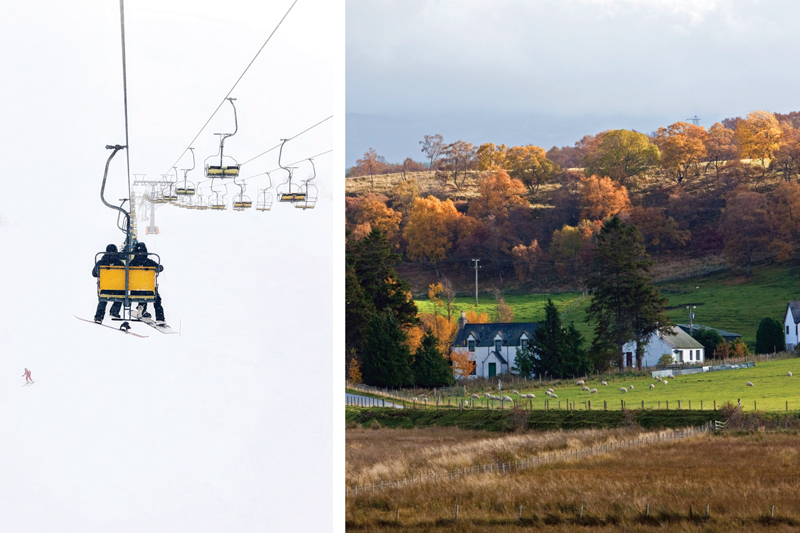 The Lantern of the North

Heading east, we skirt the wide bay known as the Moray Firth, heading towards the ancient town of Elgin. Built in 1224, it’s not hard to see how the magnificent Elgin Cathedral earned its moniker of ‘Lantern of the North’. While much of it now lies in ruin, it remains a beautiful destination worth a wander. In the peak summer months of July and August, there are daily tours.

We make the short drive to the charming Glen Moray – the cosy cafe in the distillery does a hearty bowl of soup for lunch with your tasting – before we turn south. We’ve sipped enough whisky for one day, but it’s fascinating to drive through the town of Rothes and past the Forsyths factory. The largest coppersmiths in Scotland, they’re responsible for many of the stills you’ll see here, and their craftsmanship even extends to the James Sedgwick Distillery in the Cape winelands, home of Bain’s Cape Mountain- and Three Ships Whisky.

By the third day, my palate is rich with the flavours of malt whisky, and my eyes are sated with the glorious Highlands landscapes, from impossibly quaint villages to ancient ruins and proud distilleries, their pagoda-style chimneys poking through the early-morning mists each day. Our road back to Edinburgh wends its way along the banks of the River Dee, past Queen Elizabeth II’s Balmoral Estate, and over the high passes of Glenshee. As we cross the River Tay, the fields flatten out and we return to the Lowlands, and a distant Edinburgh. The rain is still lashing the windscreen, but nobody minds. One day, that’ll all be whisky. 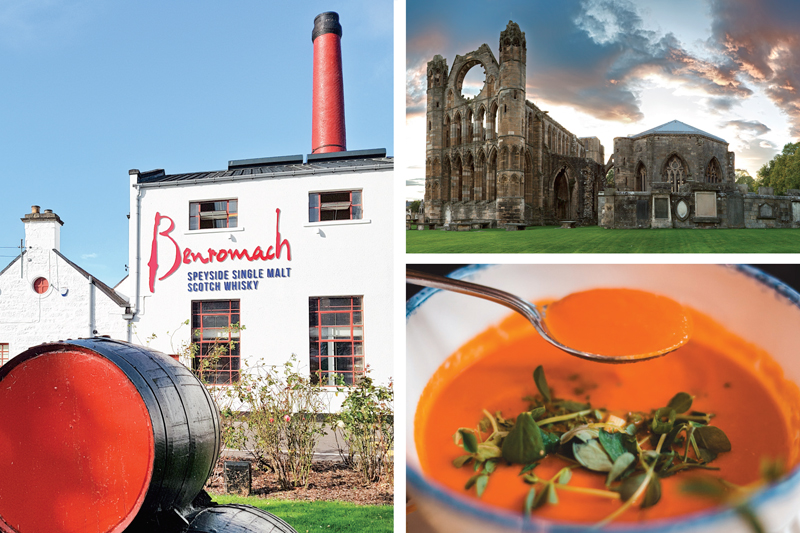