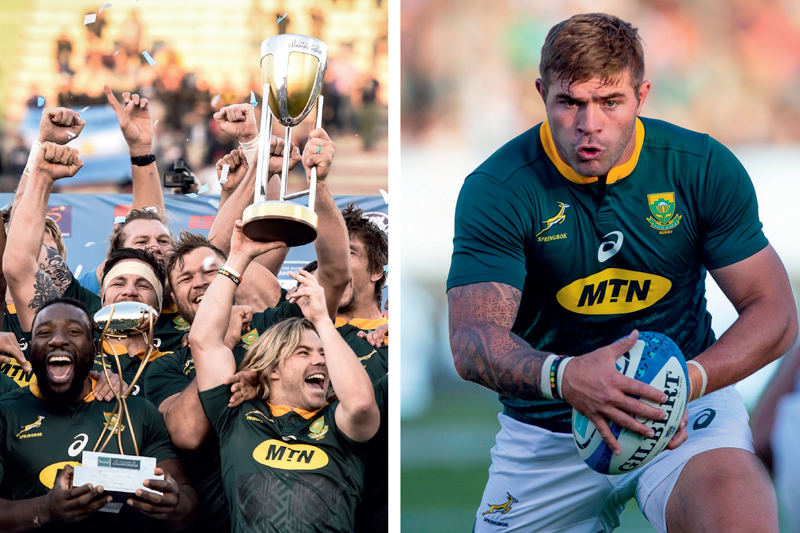 When Bartolomeu Dias cruised down South Africa’s east coast in 1487 and saw the area we now call Plettenberg Bay, he dubbed it Bahia das Alagoas – the rather dreamy-sounding Bay of the Lagoons. In 1576, his countryman Manuel de Mesquita Perestrelo sailed by and changed its name to the somewhat-on-the-nose but entirely accurate Bahia Formosa, or Beautiful Bay. Fifty years later, the crew of the Portuguese merchant ship São Gonçalo may have been feeling slightly less inclined to wax lyrical about the area’s beauty when their vessel took on water and sank in its waters. The hundred or so survivors begrudgingly set up a rudimentary home here. They built a church, lived on fish and game, and began constructing new ships to get themselves home to Europe. Of course, one can only imagine that if Tsogo Sun’s Beacon Island Resort had somehow been in existence then, the sailors’ pining for their homeland would have been extremely short-lived…

If you’re looking for a base from which to explore the forests and white-sand beaches of Plettenberg Bay, the Beacon Island Resort stands head and shoulders above the rest, even in this tourism-primed municipality. Not only is it the grande dame of Garden Route accommodation, it’s an icon of the broader local hospitality industry.

Its 192 standard rooms offer every creature comfort, as well as tea and coffee facilities, DSTV, and 500 MB free WiFi per day. The eight ocean-facing suites up the ante with private balconies, a separate lounge and dressing room, and sea-view showers. Its beachfront timeshare studios are available in various configurations of two- and four-sleepers, and one luxury suite with a separate lounge area and six-seater dining table.

If those Plett beaches weren’t calling, one would almost have no reason to leave the resort, thanks to a spa, fitness centre, outdoor pool, heated indoor pool, conferencing facilities and a range of dining options. The intimate Captain’s Cabin restaurant offers excellent seafood and Portuguese-themed dishes, while the more easy-breezy Beacon Café is open all day for laid-back dining. Family-friendly Robberg Room overlooks Robberg Beach and offers a diverse menu of tender steak, mouth-watering grills, pasta and pizza. Fancy a cocktail? The floor-to-ceiling windows at The Sea Lounge mean you can pair your poison of choice with even more of those gorgeous sea views.

The making of an icon

The resort’s name may sound like a misnomer today, given that it occupies pride of place on a peninsula rather than an island, but in fact the site was once upon a time unconnected to the mainland. It was here, on a little spit of land at the mouth of the Piesang River, that the first settlers set up a navigational beacon in 1771 (the coastline being quite unforgiving to all but the most adept of sailors). It became known as Beacon Island, and its history has been long and varied.

From the 1830s, the island served as an important component of the newly burgeoning whaling industry on the coast. Later, in 1908, the Thesen family (originally of Norway but today best known for their contribution to the  infrastructure of Knysna) bought the entire Beacon Island whaling station. They brought in ships, meat-boiling equipment and even sailors from Norway, hoping to capitalise on the trade and the local whale migration routes. Unfortunately for them – but luckily for the leviathans – the Great War put the brakes on their ability to export whale oil to England, and the entire operation was stopped by 1916. The Thesens’ project manager’s home – also, a little bizarrely, imported from Norway – became a boarding house. In keeping with the accommodation theme, the original Beacon Isle Hotel followed in 1940, though it would later be replaced by a much grander version.

The current resort was built and opened by legendary local hotelier Sol Kerzner in 1972. For the first decade of its existence, it functioned purely as a five-star hotel. However, a commitment to innovation is what has always set Tsogo Sun apart from its competitors, and it was Beacon Island that led the industry in converting to timeshare in 1983. That pioneering decision ensured the resort’s long-term success, and this December, it will celebrate its 47th birthday. 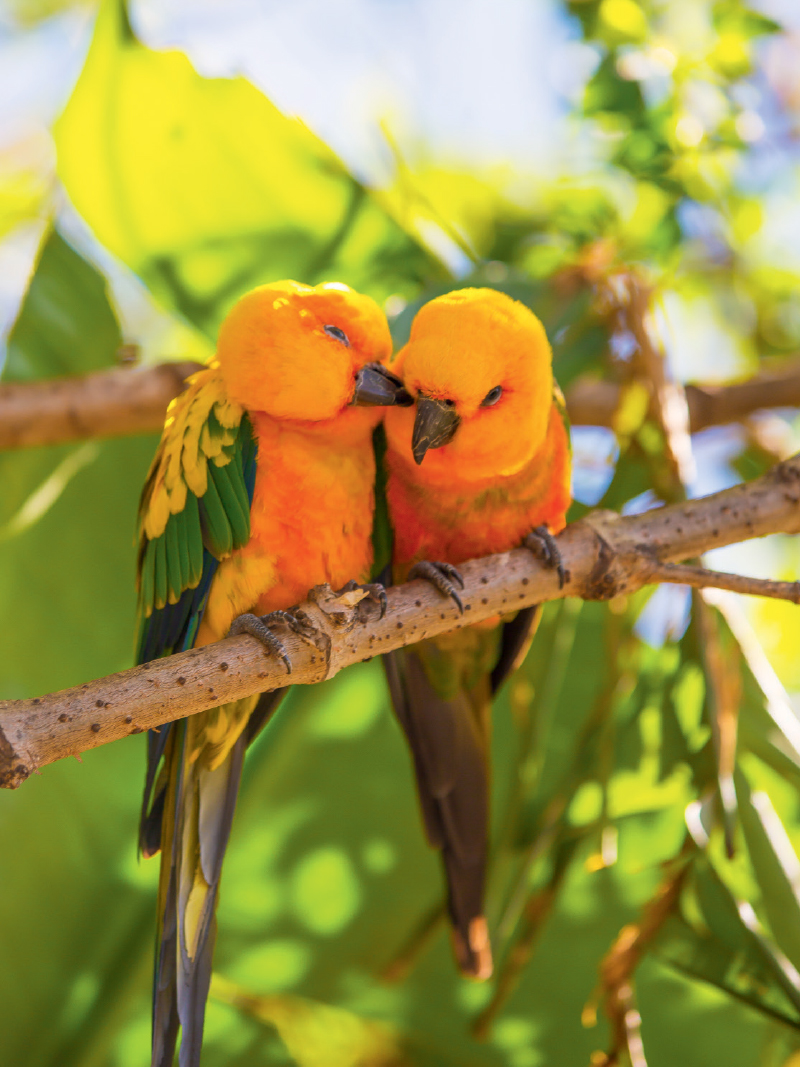 ‘It’s all about the memories’

‘What makes Beacon Island so special is that, over and above its fantastic setting – which is like nowhere else in South Africa – it’s all about the memories,’ says General Manager Reinhard Visser. ‘The Beacon Island Resort stands like the beacon of Plett. It has been a childhood memory for so many people throughout the years. When you talk to guests, they always have fond memories of visiting the hotel with their parents or grand parents, and now with their own kids. A lot of our staff members have been at Beacon Island from the outset, too. So you don’t return just to the resort, but to the people.’

One such part-of-the-furniture staff member is Joe Moodley, a veritable legend of the hospitality industry. He was sent on secondment from Tsogo Sun’s Elangeni Hotel in North Beach, Durban, to train Beacon Island staff on 2 December 1972. Eight days later, the hotel opened, and, deciding he was rather fond of Plettenberg Bay after all, Joe has been working here ever since, first as head porter, then a guest relations officer, and now as entertainment guest liaison officer and excursion organiser. It’s a role that fits him like a glove, given his long history with the hotel, its guests and the area. He arranges weekly off-site activities and hikes with guests, many of whom marvel at his fitness, given that he is approaching his 80s. The father of two, and proud grandfather, is a man of many talents, and you can catch him taking part in the weekly staff show too, belting his heart out to crowd favourites (he’s partial to The Beatles and Elvis). ‘It’s a great feeling to see guests come each year, and then to see their kids coming, with their own kids,’ he says of his time at the hotel. ‘I would like to keep working here for as long as I have the energy and my health – I want to keep being part of the experience of our loyal guests. Of course, there have been refurbishments over the years, but the staff have stayed the same, especially their smiles and the way they go the extra mile.’

Going the extra mile has long been a cherished value of Tsogo Sun Hotels for those who stay at its hotels, and also for its employees. ‘It’s not just guests who enjoy the family feel here, but the staff too,’ says Reinhard. ‘And the staff is what makes the resort. I have never worked at a property with a better sense of respect for each other and for teamwork. It’s truly amazing.’

Joe agrees: ‘My favourite thing about working at Beacon Island is the teamwork dreamwork. I also really love passing my knowledge and my experience on to the younger generation of staff. I am leaving a legacy.’

Forty-six years is certainly a legacy. ‘I believe in Beacon Island as being the best-run resort in the country. Tsogo Sun has been loyal to me, and I to them. The hotel group has given me security for my family. It’s a company that cares about its employees, which is amazing, because not all do. My biggest goal was to be able to buy a home for myself and my family. I did that in February this year, after 46 years.’

Joe’s tenure with Beacon Island – at nearly half a century – is nothing short of extraordinary. However, he’s not the only staff member on the premises who has dedicated decades of service to the resort. Antoinette Ncoko, a guest services attendant at reception, is hot on his heels with a 32-year record. ‘I first started working at Beacon Island as a school-holiday job. I was a waitress in the old Robberg Room. That was in 1987,’ recalls the now mother of three.

Similarly to Joe, Antoinette has also been able to achieve personal goals thanks to her long employment with Tsogo Sun. ‘I am loyal to the company. After the death of my sister, I’ve been able to play a role in her daughter’s life, assisting with her education. She graduated last year July,’ Antoinette says proudly.

Perhaps Reinhard sums up the role of this prestigious and progressive establishment best. ‘Working at an icon like Beacon Island is a great responsibility, as you are not just managing the resort, but a town’s expectations, too. We are the biggest hotel and host to visitors to the area. If the resort is not doing well, the local businesses feel it.

‘We are an icon and need to continually set new and innovative trends that keep Beacon Island desirable. Times have changed from entertaining families with games and sports – these days it is all about technology. So we have to incorporate technology into our future, yet at the same time entertain children by taking them away from their phones and tablets. We at the resort always try to think out of the box to ensure that we – and the industry as a whole – stay relevant.’ 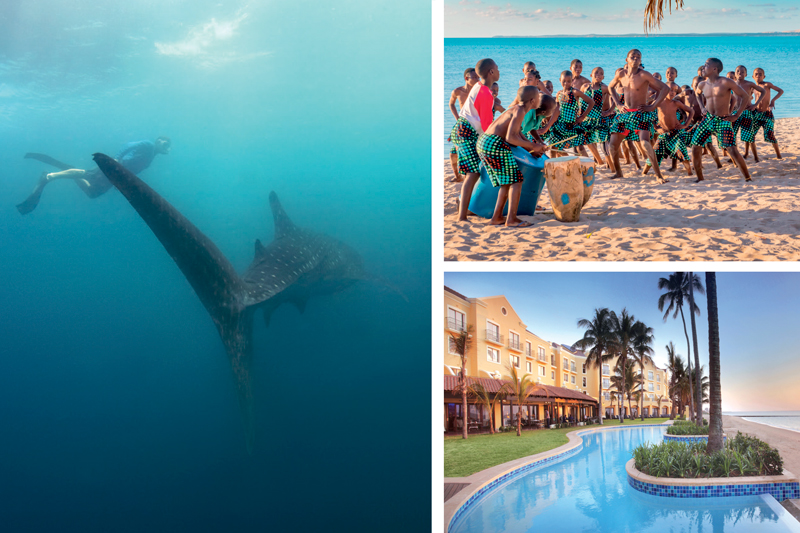 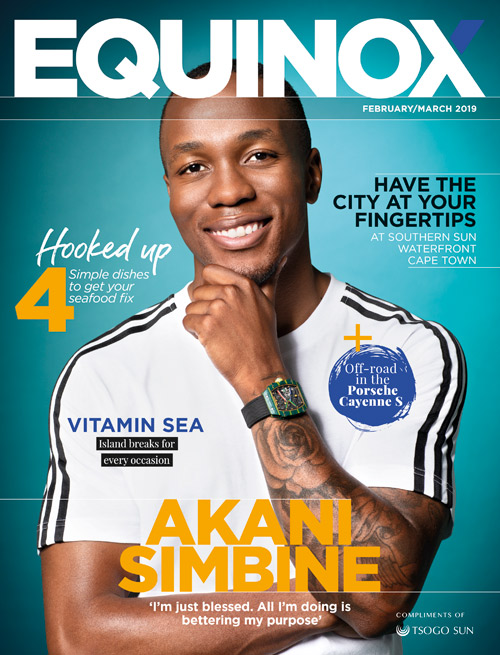