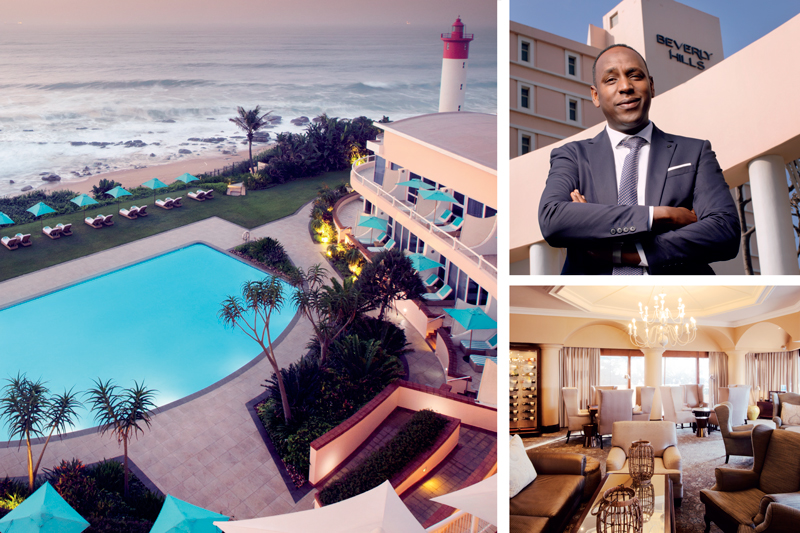 There’s no shortcut to a proud legacy, and Tsogo Sun’s reputation as one of the leading hotel groups in Southern Africa is the work of five decades. However, even the greatest of institutions can’t stand the test of time without solid foundations. For Tsogo Sun, these take the form of a grande dame of the hospitality industry: the Beverly Hills hotel in uMhlanga.

The making of a legend

Opened in 1964, ‘the Bev’ was the first hotel designed, built and operated by now legendary hotelier Sol Kerzner. Just 28 at the time, Kerzner had a vision: to build an international luxury resort and the finest five-star hotel, one that would epitomise the sophistication and elegance of its namesake in Los Angeles, yet offer the warm welcome and hospitality of his home country. From its first day of operation, the Beverly Hills hotel stood out in the local tourism landscape, setting new industry standards for service and memorable guest experiences. Hollywood greats Maurice Chevalier and Marlene Dietrich were among its first celebrity guests, and decades of film stars, royals and heads of state followed. In 1969, the hotel became the cornerstone of Kerzner’s newly formed Southern Sun Hotel Group, which would go on to become Tsogo Sun Hotels, as it is known today. ‘With this hotel, Sol rewrote and revolutionised the hospitality industry in South Africa,’ said former Beverly Hills GM John de Canha, speaking at the hotel’s golden jubilee in 2014.

Today, the Beverly Hills hotel remains a landmark on the KZN coastline, and continues to set the benchmark for the hospitality industry. Its nostalgic façade curves around one of the most iconic swimming pools on South Africa’s East Coast, the pristine blue water a stone’s throw from the Indian Ocean. Add a little subtropical foliage, a fiery sunset and the candy-cane stripes of the uMhlanga Lighthouse in the distance, and you have the ultimate postcard-perfect getaway. The hotel’s 73 standard rooms are all sea-facing, and each has its own private balcony to make the most of those Indian Ocean views. Ten cabanas (two of them suites) offer spacious poolside accommodation, again with uninterrupted sea views from every possible angle. (Those in the know book Cabana 10, with its fit-for-a-king outdoor shower overlooking the ocean.) If you prefer a loftier position, three of the hotel’s four junior suites and two presidential suites are located on the seventh and eighth floors respectively, and the latter includes a dining area for four. A business centre, gym and diverse selection of dining experiences complete the package.

Bricks, mortar, luxurious fittings, and a few tons of linen may form the bones of a hotel, but it’s the people – guests and staff – who make it feel like a home away from home. There’s a tangible sense of history at the Bev; an echo of decades of happy families on holiday, of milestones being celebrated in its restaurants, of lives changed and memories made. ‘The Beverly Hills has maintained its five-star status mainly due to the vision that Tsogo Sun has had for this iconic hotel,’ says general manager John Aritho. ‘It boasts probably the best location in South Africa, but much more than that is its rich legacy – some clients have been coming to the hotel since 1964, and are still visiting. The heritage of the hotel is passed from generation to generation, and team members know guests by name, as well as the names of their kids and grandkids. In other words, personalised service and attention to detail is the norm, and respect for the guest is paramount. This way, the Beverly Hills has for many years had a great legacy of serving the community and providing unforgettable memories to thousands of guests.’

If generations of satisfied guests are the life force of a successful hotel, its staff members are the beating heart. With a reputation since the 1970s as the place to work, the Beverly Hills hotel has attracted some of the best and brightest of the hospitality industry. More importantly, many of them have chosen to stay.

‘Tsogo Sun has had a long history of retaining its top talent and employees,’ says John, whose own journey with the company began 24 years ago, and has spanned various capacities and continents, including management positions for Tsogo Sun in the United Arab Emirates, the Seychelles and all South African cities that Tsogo Sun operates in. ‘This is due to various factors, but key among them is that Tsogo Sun has great respect for human capital, and practises probably the best employee relations coupled with the best employee facilities in the industry. So you will find employees staying for long periods as a first job, getting married, having kids, staying on until retirement, and their kids finding employment in the same company. Not many companies can say that. The prospects for growth are very fair, and hard-working, diligent employees grow consistently thanks to the great training and mentorships on offer.’ 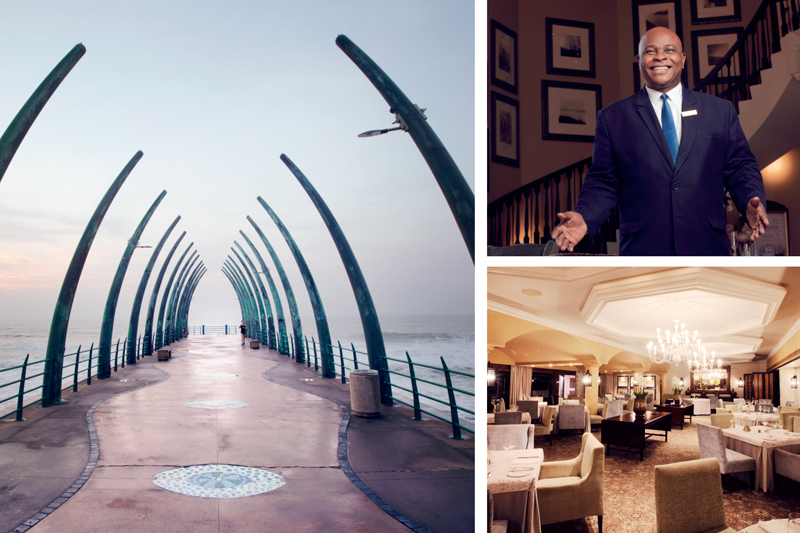 Someone who knows this better than most is front office receptionist Bheki ‘Rox’ Maphumulo, who this year celebrates his 38th year of working at the Beverly Hills hotel. ‘I started as a porter in 1981,’ he says. ‘For me, it has been a great pleasure and an honour to work at the Beverly Hills.’ Not having had the privilege of an education growing up, Rox may have found it challenging to work his way up the ladder in another company. And, in fact, when he first applied for a promotion to the front desk, his lack of qualification was a potential stumbling block. ‘But I persisted. I kept knocking at the door. And so they sent me for training, I got the job and I’m still here now,’ he says, proudly. ‘Tsogo Sun has given me so many opportunities to grow. I feel like the other staff members, and management, are my family. They give me support, so I feel comfortable to keep learning. I love coming across challenges, and dealing with them, because it makes me feel strong to know that I am able to handle myself.’

Official industry training hasn’t been Rox’s only learning opportunity at the Beverly Hills, though. ‘The hotel has given me exposure to many different people. I’ve learnt so much from different managers, and I’ve picked up languages from guests, including German, a little French, Hindi… f a guest can’t speak English, I can communicate with them.’ His long-standing career at the Beverly Hills hotel has had a knock-on effect in his own family too, as he has been able to provide his children with the education he never had the opportunity to receive. ‘My eldest daughter is in IT, and the second one is doing a BCom. I have to push them in education – they must not be like their father,’ he laughs.

Another arena in which the Beverly Hills has always stood out is its culinary offering. ‘The food and beverage department is as critical to the hotel now as it was in the 1960s,’ says John. Fine dining takes place at the elegant Sugar Club restaurant, with more casual, bistro-style fare available all day at elements café bar. ‘Our pool of talented chefs is growing by the day, with the hotel participating in and winning culinary and mixology competitions around the country,’ he says.

One member of that talented team is executive pastry chef Joanita Venter. ‘What makes dining at the Bev so special is that we always try to surprise people, and keep them excited,’ she says. ‘If you eat a steak at the Beverly Hills, and then go somewhere else, you’ll always compare that steak to the Beverly Hills experience. We like to create memories, and we’re always innovating and trying new things.’

Joanita and her team are certainly taking a new approach when it comes to the hotel’s popular High Tea. ‘It’s definitely my favourite foodie experience here,’ she says. ‘We have a different theme every month, and really go all out with it. We’ve had a nautical theme,  Mad Hatter’s Tea Party, Charlie and the Chocolate Factory, a Winter Wonderland that was absolutely beautiful…’

Being allowed to flex her creative muscle like this is one of the things Joanita says she loves about working at the Beverly Hills, and for Tsogo Sun. ‘I like to be challenged and try new things. We do a lot of big events, and I enjoy those because you get to see what you’re really capable of,’ she says. ‘There are just so many opportunities for growth with Tsogo Sun. They’re very innovative, always finding new ways to be ahead in the industry. They’re not followers; they’re trendsetters.’John agrees. ‘The Beverly Hills is seen by many as one of the most prestigious places to work, because of its deep historical roots. It is a humbling place to work and live, and I’m blessed to have an outstanding team. It’s a great legacy of glamour and service, and beyond 2019 we’re working to ensure that it remains an iconic hotel for years to come.’ 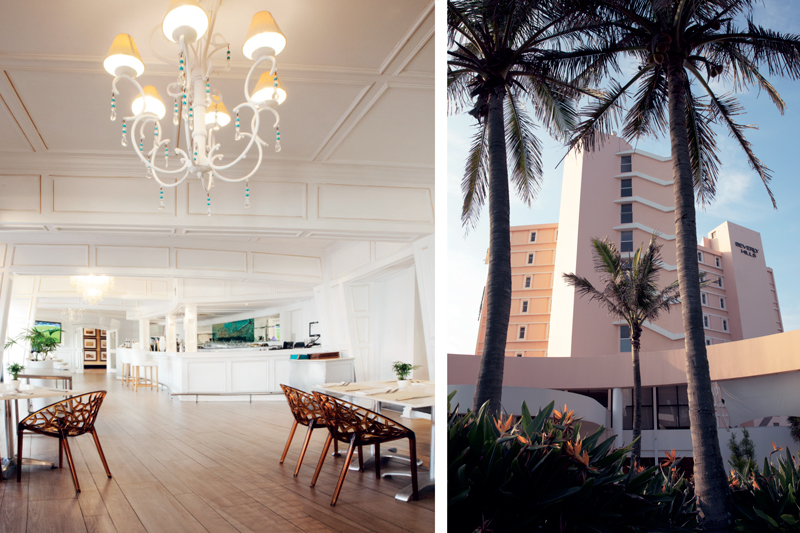 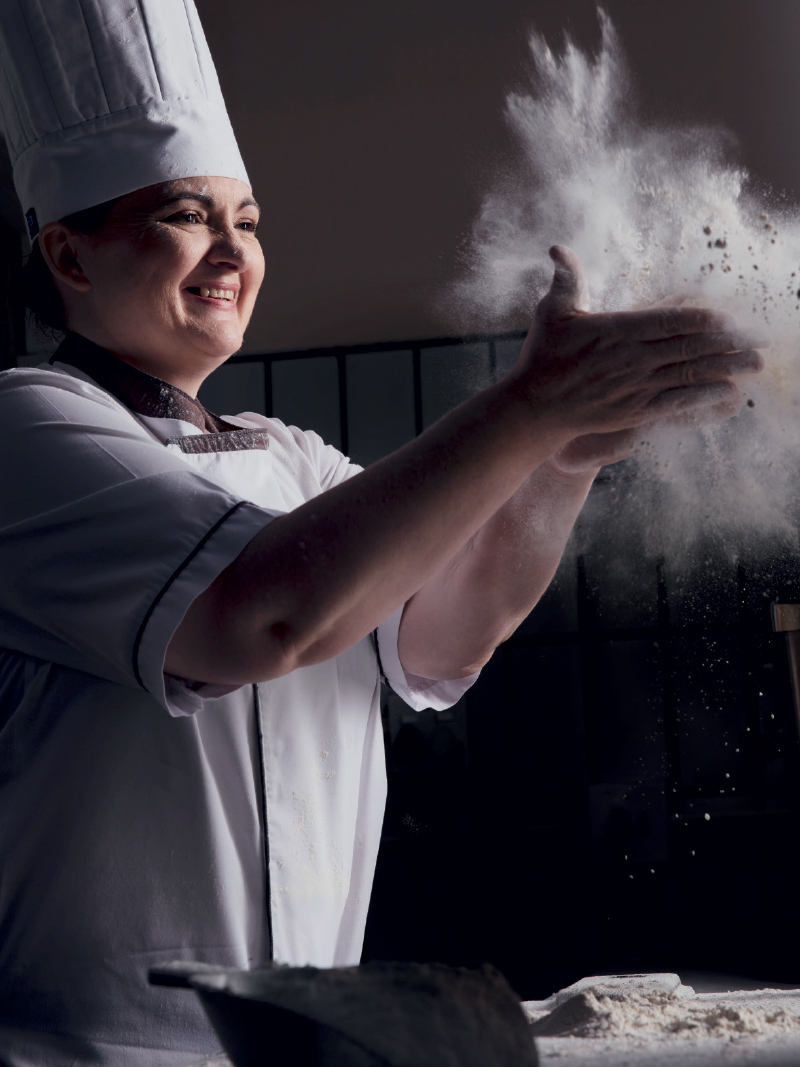