The Springboks should be South African rugby’s priority in a World Cup year. In an ideal world, all six South African franchises – the four Super Rugby sides as well as the two teams competing in the Pro14 – would manage their elite players carefully to ensure that the Springboks arrive at the global tournament this September in peak physical and mental condition.

At the same time, the Super Rugby teams in particular will be under pressure to improve on their recent results. The Boks made some progress in 2018 when one considers that they started the season at seventh in the World Rugby rankings and finished in fifth. The Super Rugby franchises disappointed, though, with the Lions losing yet another final and the Sharks bowing out at the quarter-final stage. The Stormers and the Bulls made history for all the wrong reasons and failed to qualify for the play-offs.

The respective coaches may be inclined to ignore a request by Rassie Erasmus – who is also South Africa’s director of rugby – and field their star players as much as possible across the 2019 Super Rugby tournament. They may argue that their mandate is to win matches. Such an attitude would compromise the stars in question, however, and see the Boks travelling to the World Cup with a host of players suffering from burnout.

The 2018 stats support the argument that certain players require rest ahead of the 2019 World Cup. Flanker Pieter-Steph du Toit played 1 023 out of a possible 1 280 minutes for the Stormers last season, and 1 023 out of a possible 1 120 minutes for the Boks. Siya Kolisi, who led the Stormers as well as the Boks last season, was similarly overused. Bulls and Bok fly half Handré Pollard is another who racked up a significant amount of game time, as did Lions lock Franco Mostert.

Mostert, who has since moved to English side Gloucester to join former Lions coach Johan Ackermann, will continue to play extensively in the lead-up to the World Cup. Erasmus will have little to no control over players based at overseas clubs, which is a concern when one considers how much rugby key players such as scrum half Faf de Klerk and full back Willie le Roux have played for Sale and Wasps, respectively, over the past 18 months.

Here at home, Erasmus does have some influence over the local coaches. If they manage Du Toit, Kolisi, Pollard and a host of other elite players carefully, the Boks’ chances of firing at the World Cup will improve significantly.

The All Blacks will go into that tournament as title favourites. Ireland will fancy their chances, too, after beating New Zealand in Dublin this past November and winning the World Rugby Team of the Year award. England and Wales will be contenders, whereas the Boks and the Wallabies will be dark horses.

Erasmus has taken the Boks forward since succeeding Allister Coetzee as head coach. In 2016 and 2017, the Boks slumped to several record defeats and lost to the top teams by substantial margins on a regular basis. While Erasmus’ side finished 2018 with a 50% win-record, it did show some improvement with regard to pushing the elite teams close. Following the Boks’ 2-1 series win against England in June, coach Eddie Jones declared that South Africa will contend for the World Cup title in Japan. A few months later, after the Boks had beaten the All Blacks in New Zealand and pushed the No 1-ranked side close in Pretoria, coach Steve Hansen stated that South Africa were well and truly back on track. 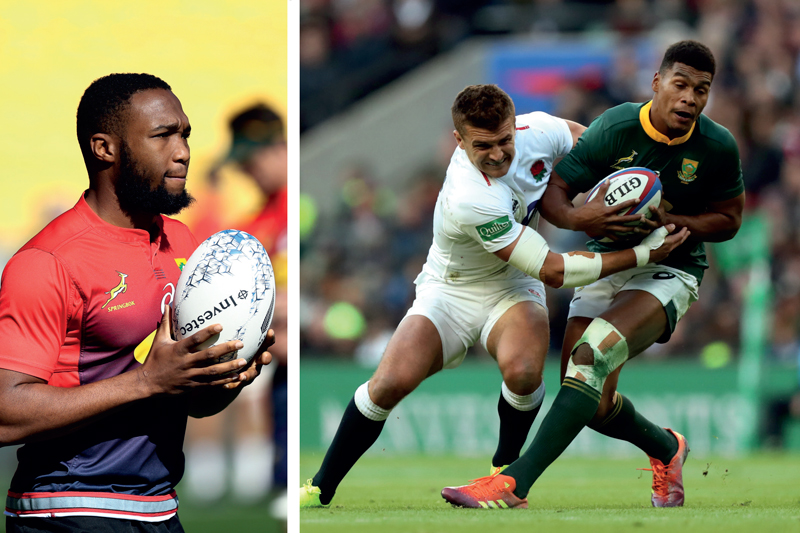 Erasmus made it clear from the outset that winning was not his sole objective. The Bok coach often spoke about the team’s transformation goals – the national side must be 50% black at the 2019 World Cup – as well as the drive to develop new talent. As many as 19 players made their debuts across the 2018 Test season, and one would expect several of those players – the 20-year-old Stormers utility back Damian Willemse and the 21-year-old Bulls scrum half Embrose Papier, to name but two – to travel to the World Cup this year.

Apart from resting and managing the more established Test players, the local franchises would do well to give fringe internationals such as Willemse and Papier an extended run in the Super Rugby tournament. All six franchises have to show an improvement as far as transformation is concerned.

The Boks achieved a transformation record of 39% in 2018, which was short of the SA Rugby-prescribed target of 45%. However, one needs to examine how the respective franchises fared in this area to understand the challenge facing the Bok coach. Too few of the local teams are hitting their targets on a weekly basis, and the likes of the Bulls and Lions aren’t backing enough black players in starting positions.

Will one of the South African franchises surprise us in 2019 by winning the Super Rugby trophy? It’s unlikely. The Bulls finished at the bottom of the South African conference last year, and coach John Mitchell has moved on to a role in England’s management team. While the Pretoria-based franchise has made some key appointments since, with Alan Zondagh and Victor Matfield joining as director of rugby and head coach respectively, it could be some time yet before the three-time champions reclaim the title.

The Stormers and Sharks have shown few signs of progress in recent years. The Lions waved goodbye to Ackermann at the end of the 2017 season, and struggled to find balance in their game in 2018. They’ve lost a host of senior players to overseas clubs since last year’s final, and may be hard-pressed to retain their South African conference title in 2019.

South African rugby fans should not obsess over the results achieved by the respective sides in the Super Rugby tournament, though. As is the case every year, the top players will be looking to win the big matches overseas against New Zealand and Australian sides and take a psychological edge into the Test season. In terms of priorities, however, the franchises should be aiding the Boks in their quest to peak at the World Cup. While some players need to be rested and managed, others must be backed consistently and allowed to develop further with that global tournament in mind. 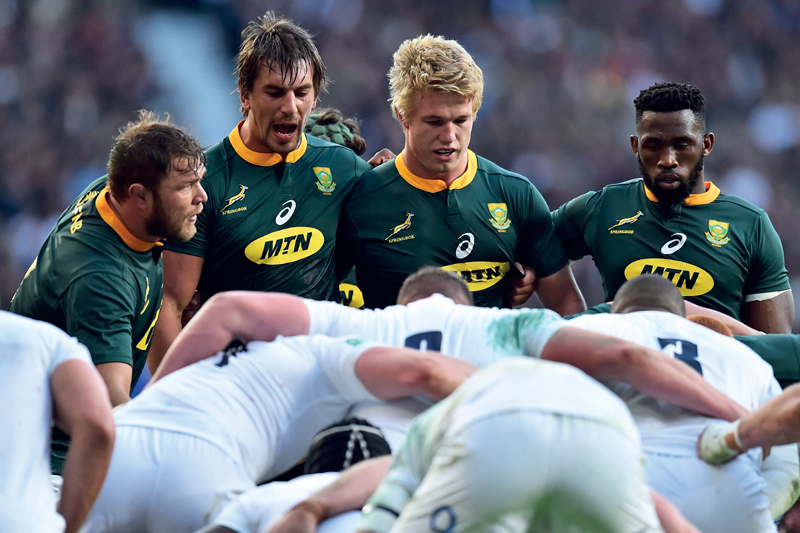 When fit, Am was backed as the Sharks’ and Springboks’ first-choice No 13. Rassie Erasmus marvelled at the 25-year-old’s growth, particularly on defence, over the course of the 2018 season. Am will be a key player in what is an exciting Sharks back division this year.

Dyantyi won the World Rugby Breakthrough Player of the Year award on the back of his explosive performances for the Lions and Boks. How will the 24-year-old winger fare in his second season at the elite level? Dyantyi should be looking to fine-tune his game – particularly on defence and under the high ball – ahead of the World Cup.

Vermeulen last represented a South African franchise in 2015 (the Stormers). After a three-year stint with French club Toulon and a short spell with Japanese side Kubota Spears, the powerful No 8 has returned to the country to play for the Bulls. Hooker Schalk Brits is another veteran who has been added to the Bulls’ squad.

Willemse has certainly made an impact as fly half for the Stormers in recent seasons. The 20-year-old was used as both fly half and full back by the Boks in 2018, though, and he may travel to the World Cup as a utility back. With that in mind, it wouldn’t be a surprise to see Willemse alternating between 10 and 15 for the Stormers in 2019.