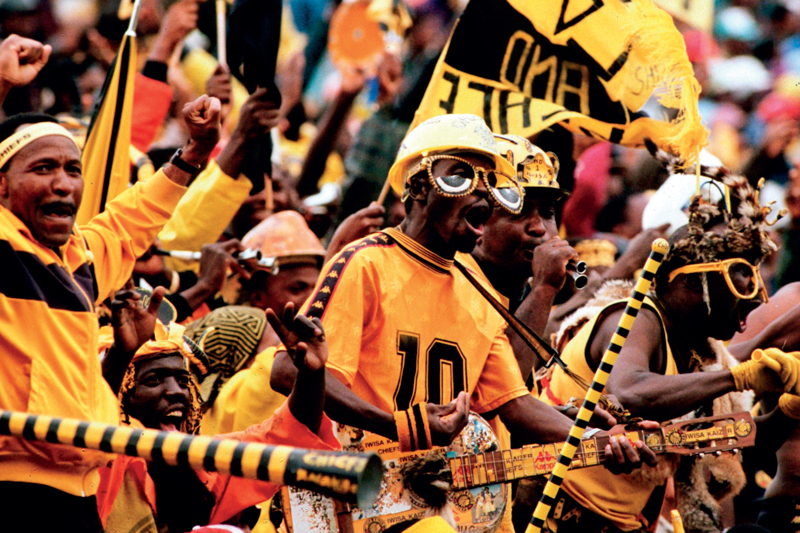 Fifty-one years ago, a gifted soccer player named Kaizer Motaung had the answer to a troubling situation. The former Orlando Pirates striker had got word while campaigning in America that there was strife at his former club. Three prominent players had been expelled. Things were tense in Soweto soccer circles and people turned to Motaung for help.

The birth of Chiefs

Fuelled by Motaung’s imagination and a thirst for competition, the Kaizer XI thrived. But this wasn’t enough, and Motaung, still just 26, had a grand vision of properly establishing his own club. Thus Kaizer Chiefs was born a year later in 1970, the name an amalgamation of his own and that of the Atlanta Chiefs, for whom he had played in America. Many expected it to fail.

South Africa was an entirely different place at the time. Political strongman John Vorster was prime minister and later that year the UN General Assembly endorsed the isolation of the country for its apartheid policies. Soccer was for the majority of South Africans a welcome diversion from the prevailing troubles. Heroes emerged and the sport gave sustenance to hope.

Remarkably, 50 years on, and Kaizer Chiefs enjoy renown as one of SA’s two super clubs, an institution revered the length and breadth of SA. They boast continental recognition, too, and Chiefs’ shirts can even be purchased in exotic overseas locales such as Kiev and Istanbul. Top UK indie-rock band Kaiser Chiefs adopted its name in homage to Lucas Radebe, the former Chiefs star who became a legend at Leeds. Such is fame.

Chiefs’ success has been almost constant since their first trophy in 1970. An additional 75 titles, including 12 league crowns (four in the modern PSL era) and an astonishing 13 Telkom Knockout cups now pack the trophy cabinet at the club’s elegant Naturena headquarters on the southern side of Johannesburg. Given the endless rivalry with Orlando Pirates, the powerful emergence of moneyed Sundowns and the perpetual challenges of dogged upstarts such as Bidvest Wits and SuperSport United, this is a remarkable return.

Now popularly known as Amakhosi (‘Lords’ or ‘Chiefs’ in Zulu) or the Phefeni Glamour Boys, Chiefs have evolved into a cultural and social phenomenon, admired as much for their goal-scoring as their glamour. Former stalwarts like Doctor Khumalo, John ‘Shoes’ Moshoeu and Siyabonga Nomvethe are treated like idols wherever they go.

‘What Chiefs really do is bring people together,’ says Freddie Saddam Maake, a township celebrity acknowledged as one of the team’s long standing supporters. The son of a former Moroka Swallows player, Maake adored Motaung as a player and was fast drawn into the world of the new team. He’s been ever-present from day one, crediting the club’s ‘customer service’ for the love of its supporters. ‘But the chairman himself, the way he brings the legends together and looks after the fans, this is what makes Chiefs so special,’ says the animated father of nine.

The point about the chairman is well made because while Chiefs now operate as a sizeable business, the beating heart of the club resides with Motaung, as it always has. ‘He brought along the glamour and international experience … his charisma was the glue that kept it together,’ wrote Irvin Khoza, his cross-town rival, in a generous birthday message to the club. The Orlando Pirates boss continued: ‘He personally recruited some of the best talent in the country. It helped when building a support base, especially of the female folk, that he was a tall and good-looking young man as well. From inception Kaizer Chiefs were exciting. Kaizer Chiefs thus deserve credit for having raised the bar in SA football. Kaizer Chiefs sustain conversations on all platforms.’ 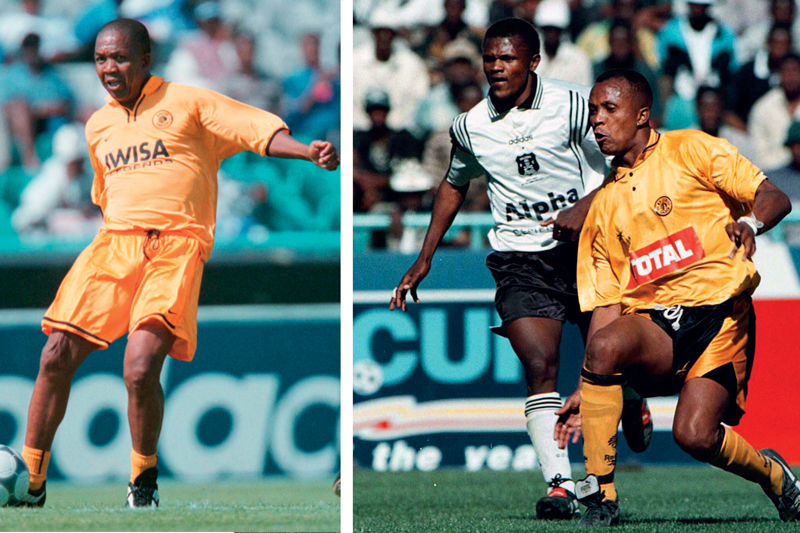 Strong business principles, gleaned from Motaung’s stint in the US, were critical to the creation of Chiefs. The club has consequently become a commercial powerhouse, partnering with top brands such as Nike, Toyota, Vodacom, Hollard and Medshield. Their supporter base is officially around the 16 million mark – the biggest in sub-Saharan Africa – but might be more given how they (and Pirates) are the only out-of-town teams that can consistently pack venues in Cape Town, Durban or Mbombela.

Jessica Motaung is the daughter of Kaizer and the brains behind the club’s marketing. ‘We stand on the shoulders of giants and it will be a year of celebration, and also a time of evolution as the club embraces the future,’ she said in January. ‘Part of the journey will be travelling into the continent because we are a continental brand, an African brand that stands for so much.’

One example of Chiefs’ commercial excellence is reflected in their vibrant 30-year association with Tsogo Sun, the hotel group having hosted the team whether home or away. ‘Over time, our general managers and the staff in the different hotels get to know the team and their needs,’ says Thuli Nkomonde, sales manager for Tsogo Sun Hotels. ‘They do everything possible to ensure a successful stay, which contributes to their on-field performance.’

Nkomonde said that the group considers the partnership an honour, underlined by the professionalism of club management and the warmth exuded by the executives and every staff member. ‘The relationship has been built over the years, which has resulted in mutual respect and trust. Both are well-known, respected South African brands, and the fit is good. For our business travellers to stay in the same hotel as the team – their heroes – is exciting.’

The link between the club and the community at large is an umbilical cord of sorts: The one sustains the other. ‘Everything is fuelled by how the club has managed to get supporters behind the team,’ says Doctor Khumalo, the legendary striker who holds the record (444 matches) for team appearances.

Khumalo explained that playing in the famous black and gold strip brought pressure, but that this came with the territory. ‘Every team is gunning for you when you play for Chiefs. People talk about pressure, but you must exert it yourself. If you don’t understand this, you don’t understand our culture at Chiefs,’ said the man who has been involved with the club for the past 37 years. ‘At Chiefs, it’s like if you want to be a pastor… You can’t be sinful, drinking. You must serve the people,’ added Khumalo, who ranks the team’s African Cup Winners’ Cup win of 2001 the most special in the club’s illustrious history, not least because the trophy was named after Nelson Mandela.

Appropriately, while recent years have been lean, Chiefs are enjoying a golden summer. The ever-changing sands of the local game make predictions a hazardous occupation, but they are favourites to be crowned league winners this season.

Chiefs as champions in their 50th year? Kubo!