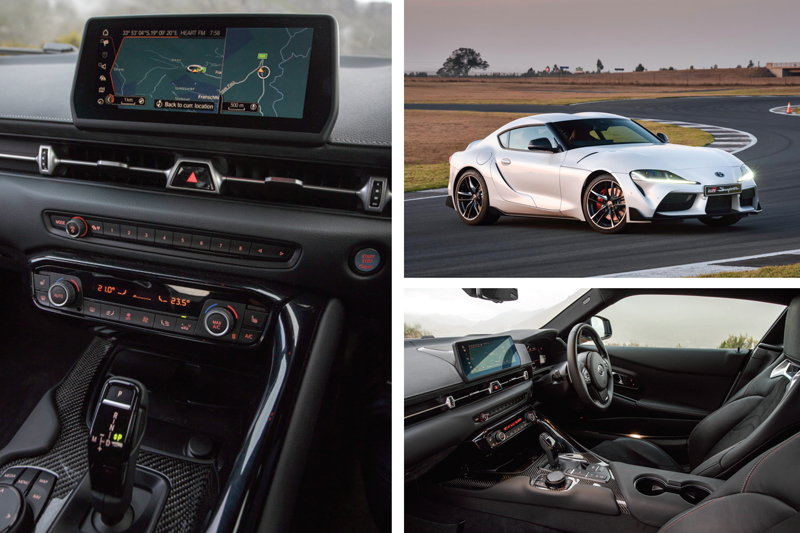 Howard Moskowitz is the Harvard-educated psychophysicist who almost single-handedly revolutionised the food industry. His gift (many will argue it’s a curse) is the ‘bliss point’ in food and beverages. Moskowitz’s life’s work was creating ‘the scientifically optimised flavour profile that provides maximum deliciousness’. In other words, the gram-perfect delivery of the maximum amount of salt, fat or sugar to get consumers addicted to a food, without it being too salty, fatty or sweet.

The new Toyota GR Supra – itself a carefully orchestrated consumer good from an unlikely BMW-Toyota joint venture – seems to channel the same sort of Moskowitz juju. That’s because it conveys wall-to-wall bliss from the moment you punch the starter button to when you reluctantly vacate the driver’s seat.

Akio Toyoda, the boss of Toyota and the man who wants to show that the company still has a heart and can build exciting cars, championed the gleaming halo model. And you get the sense Toyota’s design team in Newport Beach, California (tired of penning yet another Corolla facelift) unleashed every single design idea they could muster for the auspicious return of Supra. Based off the 2014 FT-1 concept, the exterior design is an amalgam of every designer’s input in the team, with no one person credited for the complete car. Knowing that helps you better appreciate the admittedly busy styling, coined ‘condensed extreme’ – styling that reflects the entire heritage of Toyota sports cars, with a few extra elements besides.

The inspiration for that high shark nose and the integrated rear fog light comes from Formula One; the powerful bonnet line and double-bubble roof both hail from the 2000GT; the glasshouse shape is an overly obvious nod to a racing driver’s visor; and that integrated rear spoiler is pure MkIV Supra. It’s one of the most shape-shifting, colour-dependent cars you’ll come across. The exterior colour, the prevailing light and the angle from whence it’s viewed all riff off one another. But arguably the best line in the ensemble is the one that starts on the side sill and rises to form a pseudo air scoop atop the rear haunch. Completely superfluous, sure, but very striking.

Many column inches have explored the misguided idea that the Supra is merely a hardtop BMW Z4 Roadster with the badges swapped out. Oh, how imprudent those commentators are. Having extensively tested both on road and track, hand on heart, I can tell you the Supra has been imbued with its own unique character, and the proof is in the driving. Our Supra adventure took us through the idyllic Franschhoek Pass for a high-speed blast like no other.

Straight off the bat, any keen driver will foster an instant connection with the Supra. The seating position is inch-perfect with clear sight lines out in all directions. You steel yourself for all the adrenalin a high-speed drive will bring but this car flatters you; it’s unerringly comfortable and makes everything feel almost effortless at any speed range – in that respect it feels akin to something really premium such as a Porsche, or, um, a BMW. I especially enjoy the soft knee pads on the transmission tunnel for the driver and passenger, and the thin grip of the steering wheel – something that’s in sharp contrast to fatter BMW steering wheels.

The engine is an all-round masterpiece, even if you don’t only value it for its OCD. 250 kW / 500 Nm, yes sir, you don’t get more reassuring numbers than those. All at once it’s powerful, usable, exploitable, balanced, responsive and even relatively economical. The story goes that Toyota wasn’t happy with the characteristics of the old BMW N55 straight-six engine. It was quickly chucked off the table by the Japanese engineers and redeveloped as the B58 3.0-litre turbo. The performance is intense: 0–100 km/h dispatched in 4.3 seconds and top speed limited to 250 km/h (but you can go a fair way beyond that – in a safe environment, of course).

The magic of the Supra only begins with its punchy turn of speed. Put it in the hostile confines of the Franschhoek Pass and prepare for the wonderment of its 50:50 weight distribution, telepathic steering and razor-sharp response. Most sports cars tend to buck, bounce and writhe to the violent demands of fast, flat cornering. Not the supine Supra. Fitted with adaptive suspension as standard, after blitzing the first bends, the vehicle is so composed that you can focus on exploring newer, faster territory…

You’re picking up the throttle sooner out of bends, enjoying the traction dance at corner exit, and gathering armfuls of turbo six-cylinder revs, while the active electronic differential slingshots you out of corners with maximum control. Booming blasts emanate from the twin exhausts at every upshift as you flick the car this way then that, shaving kerbs like a butcher’s blade on the grindstone, with sticky Michelin tyres ripping up the tarmac. In these sorts of undulating direction changes, you value the fact that the Supra is as stiff as the Lexus LFA supercar. It’s around about this moment that the ‘bliss point’ kicks in.

The GR Supra liquidises space and time in the pursuit of sweet speed and motion. It lives in a carefully constructed zone, much like the Moskowitz bliss point, to give you the perfect sensory profile for great driving without any unpleasant overload. Yes, at more than R1 million for a model with metallic paint, it is expensive by Toyota standards, but you must remember Toyota doesn’t play the specification game, so there are no options besides. It is the measure, and I’d argue the superior, of a lot of sports cars from more fancied marques. 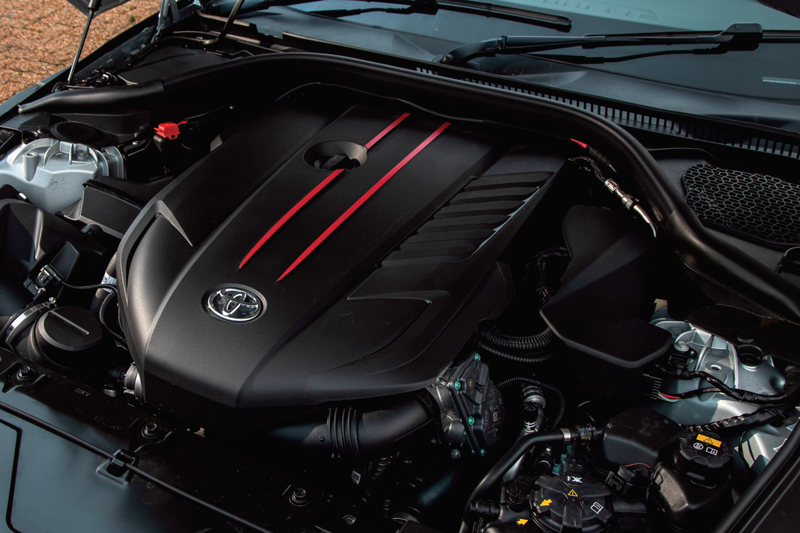