‘EISH!’ screams his black T-shirt in big white capitals. Eish indeed, I think, looking at the hefty man with bulging biceps covered in tatts. More artwork adorns his substantial legs under cargo shorts and size-ten sandals. But his smile is even larger than his build. Thato Sikwane (you probably know him as DJ Fresh) is as vivacious in the flesh as he is on the air.

Perhaps best known for his house mixes, Fresh reveals he listens to everything and DJs everything. He keeps coming back to the genre because ‘commercial house music is what people connect to and find it easier to dance to’.

The mixmaster discloses he’s really an introvert: ‘I’m actually a private person,’ he confesses. ‘I prefer being home and enjoy my own company. Radio helped me come out of my shell.’

From age 13, he was DJing at parties while at Maru-a-Pula, a top private boarding school in Gaborone, using equipment purchased by the Student Advisory Council for school socials, sports and events. ‘Back then we DJed with cassettes. You needed a double cassette player that you would hook on to the system, and a little tape recorder you would use to rewind or fast-forward your tape.’

Thato was a chubby kid and was often told ‘o fresh yang’, Setswana slang for ‘you’re plump’. He appropriated the term as a stage name: ‘I took the power away from the word – which was mostly used to bully me – and used it myself,’ he explains.

After matriculating in 1990 and a year of compulsory national service, he clinched his debut on Botswana’s brand-new RB2 radio show in 1992. ‘I walked in and asked for a job because I felt I had what it took to be there,’ Fresh recalls. ‘That July I started my radio career and have never looked back.’

Of his first show, he says: ‘I cringe now because I put on a “radio voice” instead of my normal voice like I do now. But I felt fantastic after that show and that was it – I knew right then that I would be doing radio for the rest of my life. Twenty eight years later, I still love it like it’s day one.’

A law unto himself

His folks wanted him to study law, but he decided on a degree in media studies from Boston City Campus and Media House in Johannesburg instead. After moving there in 1995 to study, Fresh landed an eight-year breakfast slot on YFM in 1997. He remembers the day vividly: He’d just ended his show on Boston Radio (run from a small storeroom from which the students fed cables to the roof of the canteen) and was walking to class. ‘A guy I knew handed me a copy of The Sowetan with an ad calling for auditions for a new station. I remember going to the phone booth to call the number. I went straight to the computer room, fixed my CV, printed it and rushed home to my flat in Parktown to put together a demo tape.’

On audition day, there were ‘a LOT of us in the queue!’ he recalls. He was thrilled to see huge radio names such as Kenny Maistry, Oskido and Greg Maluka. He was even more thrilled when he got a callback and was interviewed and appointed by Greg, who ‘insisted I was given the drive show because of my personality’. He flashes his dazzling smile and I immediately see what Maluka saw.

Since then, Fresh has starred on most of SA’s prime radio stations: YFM, 5FM, Metro FM, and now 947. He’s also released 30 albums since his 2001 debut, Fresh House Flava 1. His latest EP, Not for Radio, was released last year. ‘The irony is that it got played on radio,’ Fresh chuckles. 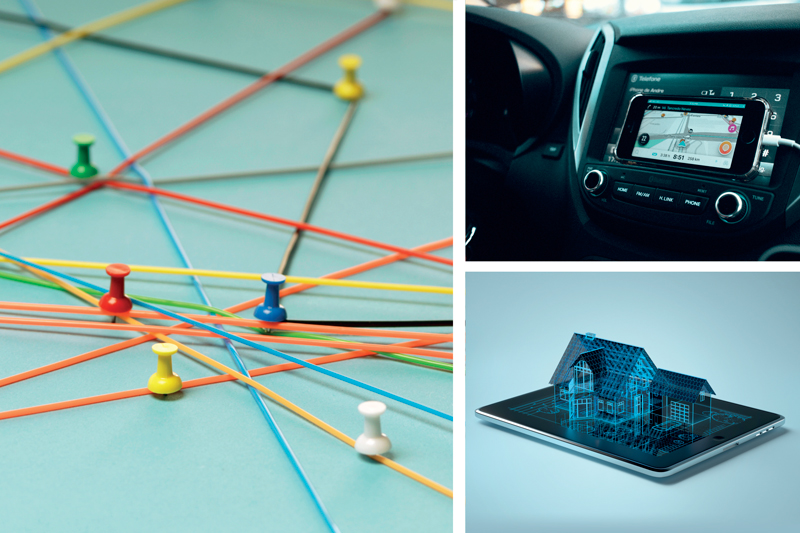 Thato has worked hard to build the Fresh brand. ‘I treat it like any business,’ he explains. ‘I read endlessly to learn and keep up. I’ve been in the industry more than two decades but still look at it like I’m new to the game.’

The 47 year old is so much more than a DJ. He has built Big Dawg Productions – a studio and record label. He’s partnered with Euphonik to create the mega house brand F.eU. He’s a social media sensation and a reality-TV personality, most recently appearing as a judge on SA’s Got Talent and guest judge on season 15 of Idols SA.

Business has taken him all over the world, from Miami to Moscow and Brisbane to Birmingham. ‘I don’t get to see much of the world when I travel for work,’ he confesses. ‘I work, eat, then sleep.’ But he loves visiting his little sister Mataila in Atlanta when he’s in the US. ‘I take her products that remind her of home, such as green Sunlight bar soap, Chappies and Cadbury eclairs, while she spoils me with American-style foods such as wings and waffles while we catch up.’

In 2005, he launched the South African Music Conference in association with DJU (DeeJays Unite), a collective of DJs, musicians and producers that he helped found. ‘We wanted to share the knowledge we’d gained,’ he states. Their success stories include Black Coffee and Shimza.

After hearing about many kids who did well in matric but couldn’t afford to study further, he initiated the DJ Fresh Annual Scholarship programme, in association with renowned institutions such as Boston Media House. Fresh has organised thousands of bursaries over 20 years. ‘I believe if you have the ability to help someone better themselves, DO IT!’

Fresh met his wife Thabiso at YFM. ‘She’s smart, loving, gorgeous, and we complete each other,’ he gushes. They’ve been married for 17 years. ‘We got married at City Hall in Pretoria, and to date I don’t know how we managed to feed so many people!’ he laughs. Kwaito ensemble Mafikizolo and Afro-pop group Malaika entertained their wedding guests. ‘It was their gift to us because they felt I had played a big role in the beginning of their careers,’ Fresh humbly reveals.

The key to a fulfilling long-term marriage is communication and understanding, he says: ‘People grow and change. We aren’t the same people we were when we met. We have grown as individuals within our marriage but we still love each other, learn from each other and support each other.’ Family man Fresh has five children and a grandchild, and loves spending time with them. ‘My schedule revolves around them. When I did breakfast shows, I did school pick-ups. Now, I do morning drop-offs. Weekends are for family.’

Yet Fresh’s focus is still on his career. He has got some new music in the pipeline as well as a project aimed at the youth. ‘I haven’t finalised the fine print, but it will give back and empower more youngsters outside of music,’ he reveals. ‘I hope to help them help themselves in a way that’s long-lasting and sustainable.’ Ain’t that Fresh?