Catherine Constantinides welcomes me into her home in the hilly southern suburbs of Johannesburg. She is barefoot, wearing a long summer dress in an African print. The house, which she shares with her mother, brother and nine-year-old son, is warm and light, filled with photographs and objects that represent her travels around the world. On display in the open-plan living area are more than 100 Starbucks mugs bearing the names of cities on every inhabitable continent. We settle into a nook furnished with her grandmother’s antique, wine-red, button-tufted settee and an elderly piano.

Although she’s extremely well travelled, Catherine is a homegirl at heart. ‘You know, I grew up in this area,’ she says as she proffers her family’s traditional kourambeides (Greek almond biscuits) to me. She is a hospitable hostess and I don’t resist. Her offices, she tells me, are based in the same suburb. The surrounding greenery seems appropriate for the headquarters of the national director of Miss Earth South Africa.

Catherine pours water into a small red teapot and sets it to boil over coals lit in a metal dish while we chat. I am intrigued, but eager to get on with the interview, so I launch right in.

A string of successes

I’ve done my homework. As the youngest ever Archbishop Tutu African Oxford Leadership Fellow, Catherine set herself up for global accomplishment. Moreover, she’s a Mandela Washington Fellow, and attended the SADC Saharawi Summit in South Africa in March 2019. The social-entrepreneur-slash-Earth-warrior-slash-global-human-rights-activist has also picked up a string of accolades along the way, including the SA Young Woman Entrepreneur Award for Women Empowerment, the Youth Entrepreneur award at the SA Premier Business Awards and the Ubuntu Youth Diplomacy Award. She’s made the list of Mail & Guardian’s Top 200 Young South Africans and, last year, News24’s 100 Mandelas of the Future.

At just 16, Catherine launched her first business, SA Fusion. She ran this – along with its subsidiary magazine, Fashion Fusion – for several years before her focus shifted to Miss Earth SA. When I ask her why she entered the 2003 contest, she replies that she has a personal policy of saying yes to every opportunity.

She certainly did that when, as part of her inaugural tour of the Philippines, she developed a vision of turning Miss Earth into a platform to empower young women. ‘I could see that it could be so much more than just a beauty pageant, but rather a chance to inspire communities to connect with their environment.’

She designed a programme based on service and volunteering that became the blueprint for Miss Earth around the globe. A few years later, she and her sister Ella Bella co-founded Generation Earth, a related project creating a platform for dialogue and empowering young leaders from a grass-roots level.

Leading from the front

Catherine’s Twitter handle, @ChangeAgentSA, sums her up (although she confides that the epithet came about partly because @catherineconstantinides was simply too long for the platform). More specifically, her business card describes her as an International Climate Activist; Human Rights Defender; Nation Builder. I have to ask her what that all actually means.

She smiles, tossing her wave of blonde hair over her shoulder as she prepares to answer me. ‘As a climate activist, I focus on education and awareness of the current climate crisis by trying to connect the dots between individual citizens and the environment.’ The entrepreneur believes that we can create a new economy from waste, utilising emerging trades such as waste pickers, who turn waste into a commodity. ‘We can turn waste into worth,’ she says, ‘if we can educate enough people about it.’

To this end, in 2011 the Miss Earth South Africa Leadership Programme teamed up with Tsogo Sun. ‘As our venue and accommodation partner, Tsogo Sun affords us access to various communities across the country,’ says Catherine. She is grateful for the vision and support Tsogo Sun provides, and proud of the achievements that have come out of the partnership. She has seen more than 40 000 trees planted and 4.2 million children engaged in programmes across the country. ‘For me, that is how we change lives.’

The humanitarian isn’t only making a difference in our country. Over the past six years, Catherine has championed the cause of Western Sahara (a disputed territory on the northwest coast of Africa, occupied by neighbouring Morocco). She’s spent weeks at a time living in refugee camps, learning about the indigenous culture. ‘The Saharawi are such a gentle people with beautiful values and traditions,’ she reflects. ‘I’ve learned so much from them and even adopted some of their rituals. I absolutely adore Saharawi sweet green desert tea. I hope you’ll have some?’

So that’s where the teapot fits in. Now that the water has boiled, Catherine begins an elaborate ceremony involving pouring and foaming the water into glass cups. Not missing a beat as she skilfully handles the scalding water, she continues: ‘I understand their suffering. I’ve lived their suffering. Now I feel it’s my responsibility to help these people.’

Catherine serves on the Saharawi Commission for Human Rights and has addressed the United Nations in fighting for the people’s rights to freedom, justice and self-determination. In February this year, she ran the Sahara Marathon to raise awareness of the Saharawi people and the victims of landmines, 10 million of which are still planted in the desert. ‘I’m not any kind of athlete,’ she confesses with a rueful smile, ‘but I am blessed to have four working limbs and I believe I needed to use them to highlight the rights of others.’

Back on the home front, Catherine believes that every one of us can do our bit to improve our country. Over a second and third cup of tea she talks to me about active citizenship. ‘Every single day I try to leave my little corner of the country better than it was when I woke up,’ she asserts. She says we all need to re-evaluate our contribution to our country, and as former executive director of Lead SA, an independent initiative that highlights extraordinary South Africans who make a difference in their communities, homes, schools and workplaces, she recognises and rewards just that.

It’s no secret that Catherine has had her eye on politics for some time. (In fact, while other little girls hoped to become doctors, teachers, astronauts and unicorns, Catherine only ever had one childhood ambition: to become the president of SA.) ‘Corruption and state capture have swallowed the basis of leadership,’ she declares as she hands me a fourth cup of tea. ‘People are now stuck in the politics and not doing the work of building the country.’ Catherine intends to move into politics in the next five to 10 years. ‘You need to be inside the system in order to influence policy,’ she reasons. ‘We should all give of our strengths and our time, and I would love to publicly give my life to the service of my country.’

On that heartening note, I close my notebook. I thank her for her time but she won’t let me leave until after the fifth cup of tea. And another few kourambeides. I stay. It’s only polite. 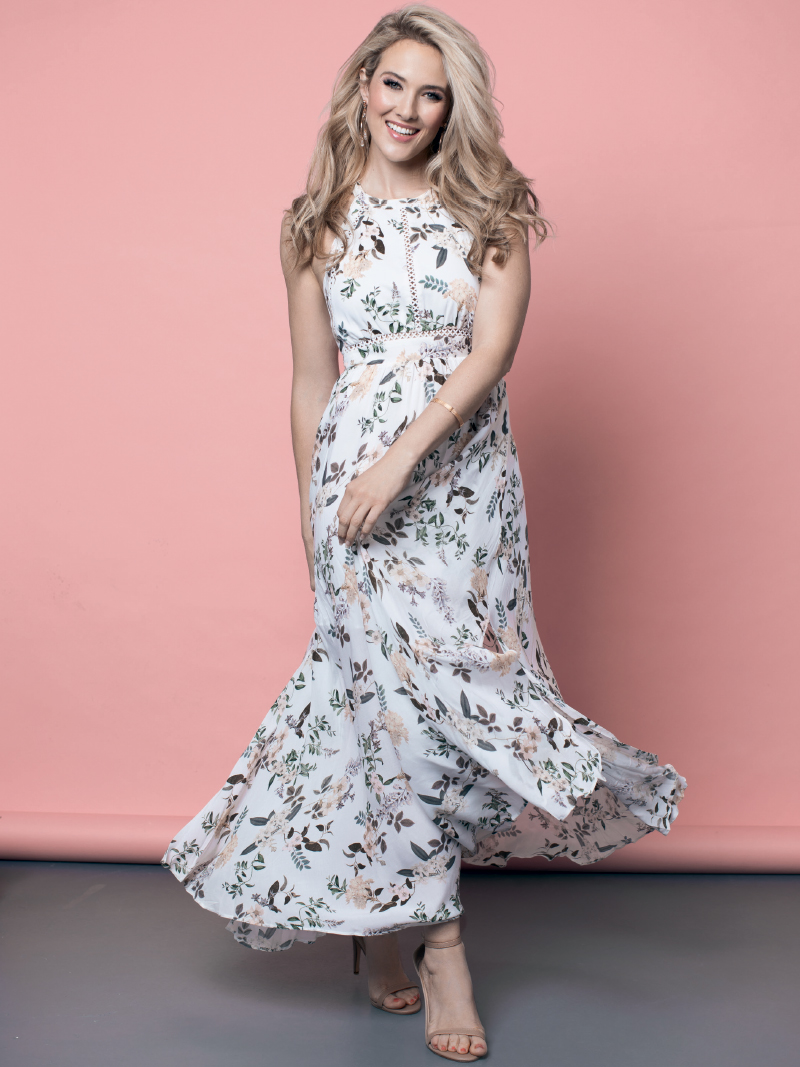