A homegrown company, rooted in Africa and founded by two brothers from Cape Town, is exporting African-developed education technology (EdTech) to the world. GetSmarter has teamed up with top-tier universities in 150 countries, including heavyweights such as Harvard, Oxford, Cambridge, Massachusetts Institute of Technology, London School of Economics and leading African universities, to offer certified online courses for working professionals.

​The company became Africa’s EdTech poster child when it was bought for US$103 million in 2017. The acquisition (by 2U, a Nasdaq-listed online education company in the US) drove home the massive investment potential of this industry, which covers digital learning throughout all life stages. This includes everything from toddler years to school, and higher education, as well as workplace and executive training, and life-long learning for adults of any age and ability.

​The broad umbrella of EdTech not only covers focused, single-topic experiences in a particular subject or grade, but also supports administration at various educational institutions.

​When GetSmarter started in 2008, its founders Sam and Rob Paddock offered a niche online course in wine evaluation. Today, their portfolio has grown to 60 courses in subjects such as law, education, finance, marketing, entrepreneurship, project management, art and design, as well as systems and technology.

‘Our courses have been successful because they combine affordability with an attractive institutional brand that adds value to people’s skills and CVs,’ said Rob in Entrepreneur magazine. What sets their concept apart from Massive Open Online Courses (known as MOOCs; free online courses designed for mass participation) is an ‘intimate and personal learning environment’ that allows students to feel nurtured, even if there are 1 000 participants in a particular course. Students have their own personal ‘success manager’, interact with tutors and peers, and have 24/7 access to technical support – regardless of their geographic location.

‘One of the most important aspects of EdTech is its ubiquitous characteristics enabling access to education beyond physical spaces, especially for those who cannot attend tertiary institutions or schools full-time,’ says Reuben Dlamini, head of information and educational technology at the University of Witwatersrand’s education faculty. ‘In fact, if EdTech is implemented with
a systemic and systematic approach, we will begin to experience what is known as “learning without borders”.
There is definitely great potential to unlock the education system and expand access so that even those in under-resourced communities are not left out,’ he says. 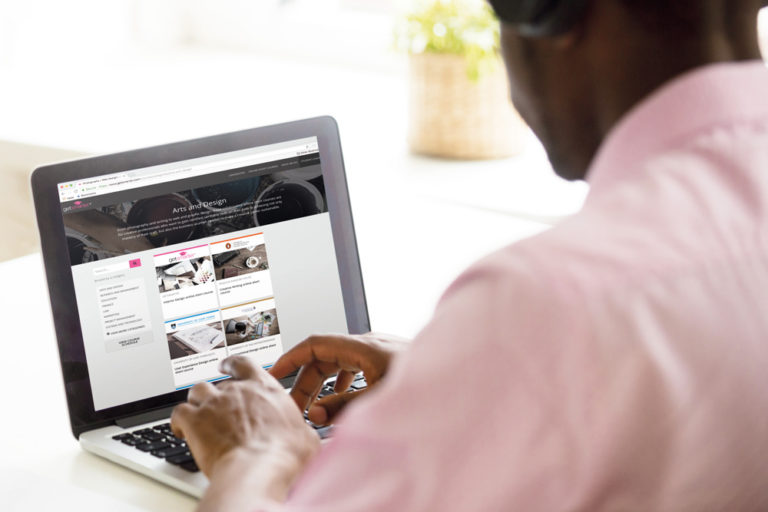 ‘The real opportunity and impact of EdTech would lie in helping address the massive disparities we currently see in South Africa,’ says Mark Horner, CEO of Siyavula. The local EdTech company, which started as a Shuttleworth Foundation project, has produced free open-source maths and science textbooks for the Department of Basic Education (DBE). Siyavula also offers schools and individual learners a software-based solution for the ‘adaptive practice’ of maths and science.

‘A cornerstone to our approach has been to leverage mobile phones, including lower-end feature phones, so that we can maximise our reach through existing infrastructure,’ says Horner. ‘We have zero-ratings on the two largest mobile networks in South Africa: Vodacom and MTN. However, the device acts purely as the channel. The learners spend most of their time working on paper, and all of the sophisticated intelligence is in the cloud. This means that our potential reach is over 85% of high-school learners in South Africa – much greater than if we required even an entry level tablet or desktop PC.

‘Siyavula can reach learners in deep rural areas. We can see marks improve, we have 200 000+ sign-ups from South Africa per year. The components are there for impact where there is need and at scale.’

Currently, the country’s EdTech sector is still fragmented, with many role players and no national strategy. Each province has a slightly different approach when it comes to integrating desktops, laptops or tablets into the school system. The Western Cape’s eLearning Game Changer initiative is connecting schools by enabling broadband infrastructure, while Gauteng’s Classrooms of the Future focuses on providing schools with interactive smart boards, and learners with government-issued tablets.

‘I think that the EdTech sector is constrained by policy,’ says Horner. ‘We don’t have a framework for the vetting of digital offerings for schools, which would then need a clear process for procurement. Regardless of whether the solutions are developed in the non-profit or private sectors, a path to sustainability is not clear unless solutions focus on higher-end schools. Large private-sector players won’t engage because of the uncertainty around revenue. Many digital products are expensive to develop.’

Efforts are being made, but progress is slow. The DBE, for example, has recently completed its Framework for Digital Learning for teachers, which industry insiders have welcomed.

Michael Goodman-Mareme, group knowledge manager at Via Afrika, the digital textbook publisher and DBE partner, says: ‘I firmly believe government should be the driver of EdTech, and the private sector must be offered ways to assist. I’m not comfortable with private sector-led initiatives that bypass government in search of their 15 minutes of fame for doing good.’

Asked what more should be done to promote the use of technology in South African schools, Goodman-Mareme said: ‘In no particular order: money has to flow into the system (basic infrastructure such as sanitation and roofs first, tech later); government must commit (currently there is too much to distract – such as pit latrines, which have to be dealt with first); and also a firm understanding and commitment from the top.’

Another urgent priority is teacher training (from basic teaching skills and content knowledge to digital skills), he says. In order to use EdTech effectively, teachers need to develop a ‘change mindset’ that involves re-evaluating their values and beliefs and being more open to change.

‘There is no point in simply adding technology as a substitute for what can often be done more cheaply and more consistently without tech,’ he adds, giving the example of an e-book on a tablet being used like a normal textbook, with the teacher reading to learners from it.

From Africa for Africa

Modern technology is all about change, innovation and disruption, and Africa now has its first EdTech incubator that supports and invests in groundbreaking education start-ups. Called Injini and launched by the Cape Innovation and Technology Initiative, the incubator programme brings together entrepreneurs, tech companies, teachers and interested people focused on solving educational problems.

In July 2018, Injini announced its second cohort of eight start-ups, selected from 800 entries from 36 African nations. Some off-the-wall solutions include using Facebook Messenger bots to teach language, and installing solar-powered boxes with videos on them in rural schools.

Injini envisions local education innovations to become the ‘great engine of Africa’s future’. And yes, EdTech offers huge potential for Africa, but in order to avoid the pitfalls, it must be well coordinated and carefully implemented so as not to leave anybody behind. There’s also the issue of localisation, where African start-ups wanting to expand into global markets must ensure the usefulness of their product beyond Africa’s borders – such as GetSmarter, which seems to be on track for its goal of attracting one million students by 2030. 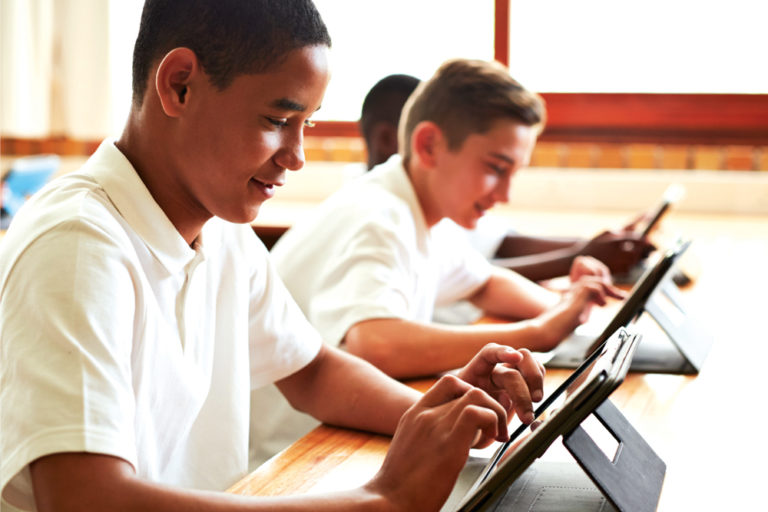 • LinkedIn bought online learning company Lynda.com for US$1.5 billion in 2015

• In South Africa, an estimated figure of R16 billion is required to provide school computer labs with internet connectivity (according to the National Education Infrastructure Management System – NEIMS; March 2018)