‘The Glass Cliff’ could be mistaken for the title of a novel or a Hollywood film. It is, however, a metaphor for women who are promoted to top leadership positions during periods of crisis or restructuring, when their risk of failure is high. Therefore, female executives not only need to break through the invisible barrier of the ‘glass ceiling’, but they are also more likely than their male counterparts to land a precarious or untenable leadership position. In other words, they often climb to the top only to fall (or be pushed) off the glass cliff.

​‘It’s a case of men going, “Wow! It can’t get any worse. Quick, let’s put a woman in charge!”’ goes a quote by Sandi Toksvig, a British-Danish comedian and political activist.

​‘Often, the new position is tenuous – it can seem to set the leader up for failure, with unfair expectations for the role – hence, the glass cliff analogy,’ writes Sarah Babb, who specialises in leadership development and whose roles include programme director and lecturer for the University of Stellenbosch Business School Executive Development. ‘If the leader does fail, all too often the existing notion of gender bias is reinforced. It’s perhaps not surprising then that there are reports of high-performing, senior-level women turning these opportunities down – in fact, there’s a growing trend of women “opting out”.’

Locally, Nhlamu Dlomu’s case illustrates the glass cliff phenomenon. She was internally promoted to CEO of KPMG South Africa after a much-publicised corruption scandal that led to reputation damage and job losses at the firm. The press likened her role to ‘stepping into the flaming cockpit of the jumbo’.

​Only a year after her appointment, KPMG announced in October 2018 that it would replace Dlomu with ‘a new chief executive from outside the firm, with strong industry experience, [who] will optimise prospects of rebuilding trust’. The firm created a new global role for her to soften the fall from the glass cliff.

​Internationally, South Africa is doing comparatively well in terms of female empowerment. ‘The WEF Global Gender Gap Report of 2017 finds it to be high on the list: number 19 out of 144 countries on gender parity,’ says Babb.

‘Many organisations are making moves to being more gender diverse, including parliament. The 2017 Women in Business Report SA found women hold 28% of senior management positions.’

​Despite this progress, there’s still a long road ahead for gender diversity and equality at senior level. According to Babb: ‘More than a third of companies do not have any women in senior positions, and the glass ceiling certainly still prevails. We have a strong pipeline of women entering the workforce, yet only 4% make it to CEO status globally, and women globally earn on average 24% less than men.’ 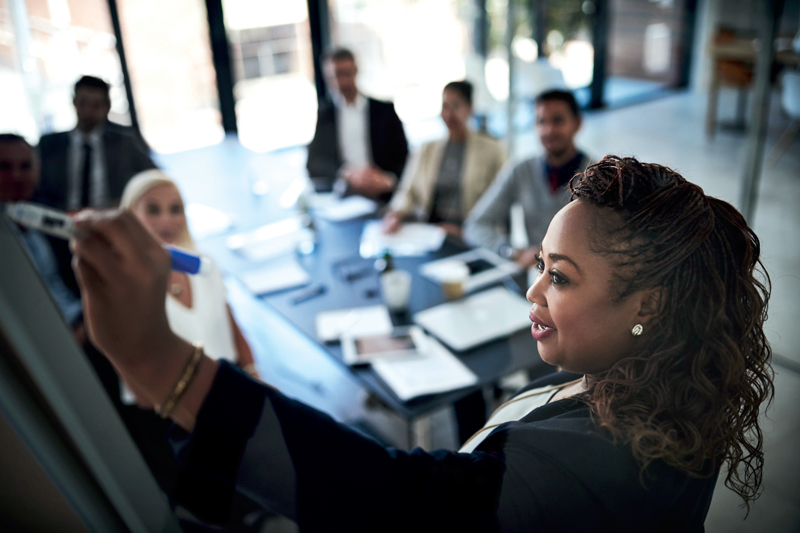 Closing the gender gap in both representation and pay would have sizeable economic benefits. According to PwC, the pay disparities between men and women in South Africa vary in different sectors. For example, the industrial sector pays women a median total guaranteed package (TGP) that is 10% less than that of men. In financial services, the median TGP of women is 7% less than that of their male counterparts.

​The PwC 2018 Executive Directors’ Practices and Remuneration Trends Report estimates that closing the gender gap would provide South Africa with an additional 3.2% in GDP growth and a 6.5% reduction in the number of unemployed job seekers.

​‘Diversity and inclusion should be a boardroom imperative,’ says Maura Jarvis, PwC Associate Director of HR Consulting. ‘When women are not equally integrated into the economy, the global community misses out on skills, perspectives and ideas that are critical for addressing global challenges and harnessing new opportunities.’

​The under-representation of women becomes more apparent the higher an executive climbs up the career ladder. This was confirmed by executive search firm Jack Hammer, which conducts annual research into leadership trends in South Africa and the rest of the continent. A media statement noted that at executive level, moderate progress in gender transformation had been made, but none whatsoever at CEO level.

​‘Anecdotally‚ it is clear that companies want to appoint more women in senior positions. We can also see from placement data that shifts are being made at executive level,’ says Advaita Naidoo‚ COO of Jack Hammer. ‘But when it comes to the most powerful position in a company‚ women remain conspicuously absent. It really does appear that the corner office is the final frontier for women in the country.’

​The firm’s 2018 report revealed only one female CEO (Absa’s Maria Ramos) among the Top 40 companies in South Africa. In total, the board level representation of women was 32% in the Top 40, with the majority (64%) of these being black female leaders. When looking at a random selection of 40 other large- to medium-sized organisations with offices in SA (dubbed ‘The Broad 40’), Jack Hammer found four female CEOs (10%), which is the same number as in 2012. 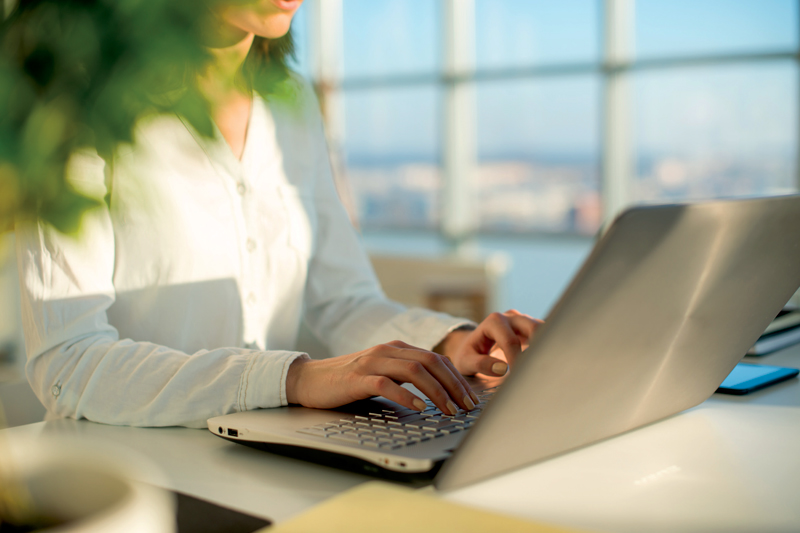 Company boards and top management should, however, not chase gender targets just to tick boxes without a meaningful desire for long-term transformation, argues Elize Botha, Managing Director of Old Mutual Unit Trusts. ‘It needs to be about more than just having a few strategically placed women at the very top. Rather, corporate SA needs to create a strong pipeline of women managers before investors begin to reap the proven financial benefits of greater gender diversity among listed companies.’

​Botha quotes research by the Peterson Institute for International Economics, which found that companies with a minimum of 30% women in C-suite positions demonstrated a 15% increase in profitability, compared to companies without gender diversity at the top. She says: ‘The suggestion is not that women should lead alone, but increased representation would ensure more diverse views, which, in itself, is a proven performance enhancer.’

​There are many ways to remove career barriers for women and ensure a steady talent pipeline as well as professional networks that help them to reach the top. Starting with recruitment at junior level, companies should, for instance, introduce mentorship, coaching and bridging programmes, according to Babb.

​To level the playing field for female professionals who are having children, she suggests that companies consider paternity leave and flexible work hours, with the option of working from home.

​Employers need to be aware of unconscious biases at all levels and abolish unintended discrimination. Those companies that set up all their staff members for success will be a step closer to supporting female leaders on their career path and steering them away from the glass cliff.

How do South African businesses measure up?

• 93% of SA companies say they pay men and women equally for the same roles, 88% have non-discrimination policies for recruitment, 71% offer paid parental leave and just over half (51%) offer flexible working hours.

• Emerging economies continue to see the highest proportion of women in senior roles, including Eastern Europe (36%), Latin America (30%) and Africa (30%).